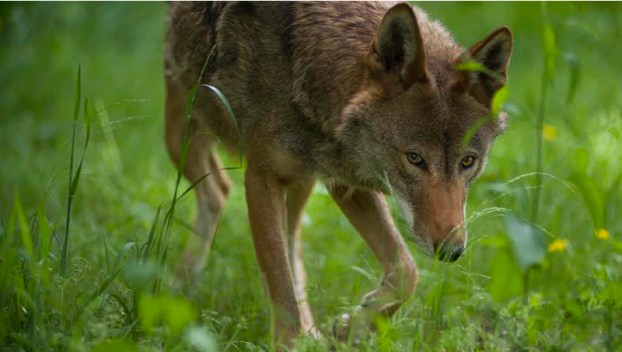 RECOVERY EFFORTS: The Red Wolf Recovery Program began in the 1980s and has focused on releasing red wolves back into the wild in eastern North Carolina. (Red Wolf Revival)

A federal court has halted captures and killings of red wolves in eastern North Carolina.

On Thursday, U.S. District Court Judge Terrence Boyle issued a preliminary injunction, which ordered the U.S. Fish and Wildlife Service to stop any plans of capturing wolves on private property, unless the wolves pose an imminent danger.

The decision follows a Sept. 14 court hearing in which the Animal Welfare Institute, Red Wolf Coalition and Southern Environmental Law Center argued against the USFWS’ Sept. 12 decision to halt its recovery efforts in the wild.

Boyle wrote that Service officials did “fail to adequately provide for the protection of red wolves and may in fact jeopardize the population’s survival in the wild,” according to a report from The Associated Press.

The Red Wolf Recovery Program is a decades-long attempt to breed wolves in captivity and reintroduce them into the wild in a five-county area of eastern North Carolina. USFWS decided to stop releasing the wolves into the wild and reduce the recovery program to Dare County by late 2017, due to sustainability complications and hybridization with coyotes.

Under the court injunction, USFWS cannot recapture wolves in the wild, and landowners are also not allowed to kill or capture them. Many private landowners have expressed their disapproval of the red wolf recovery, as the wolves can threaten residents and animals living near wooded areas.

Attila Nemecz, president of Pamlico Albemarle Wildlife Conservationists, said he thinks the injunction was the right decision and will be better for the red wolf population.

“This step will give conservation groups a chance to work with landowners to keep wolves in the wild. The public is in support of the program,” Nemecz said. “The law is very clear on this. We cannot just put the last of a species into zoos with no plan to preserve them in the wild.”

Kim Wheeler, executive director of the Red Wolf Coalition, said she thinks the Service’s actions should follow science-based conservation, and the USFWS’ recent actions don’t line up with that.

“The courts recognized the irreversible impact the lethal and non-lethal take (or capture) authorization permits are having on the critically endangered red wolf,” Wheeler said. “The court also recognized that issuing these take permits was a violation of the Endangered Species Act and were not acts of conservation.”

USFWS maintains that it acted in the overall best interest of the recovery program.

“We need everyone’s help ensure this species is around for future generations,” Cindy Dohner, USFWS southeast regional director, said after the Sept. 12 decision. “We’re on the right road, but we have a great deal of work to do with our state partners, landowners, conservation groups and others.”

USFWS planned to maintain the red wolf population in captivity until a five-year study reassessed the viability of recovery efforts and how to proceed.

The Service declined to comment on the injunction, other than to say officials were reviewing the judge’s decision.