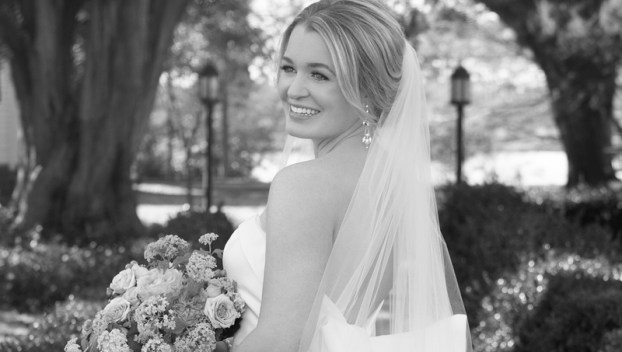 Sloan Winstead Smith and Zachary Scott Drescher were married on Saturday, May 6, 2017, at three o’clock in the afternoon at St. Thomas Episcopal Church in Bath. The double ring ceremony was officiated by the Reverend Diane Tomlinson. A program of wedding music was presented by Mr. Bill Rhoads of Lancaster, Pennsylvania, and soloist Mrs. Treva Tankard of Bath. Cocktails and hors d’oeuvres followed at the Bridgewater North home of the bride’s mother.

Given in marriage by her mother, the bride wore a strapless silk radzmir column gown with sculptured origami bow accent and detachable train by designer Austin Scarlett. She had a chapel length tulle veil with raw cut edge.  Her hand-tied bouquet consisted of green hydrangea, Esperance roses, green berries, and peonies.

The groom earned a Bachelor of Business Administration from Campbell University. He is currently employed as a Client Services Associate with Stewardship Advisors, LLC of Mount Joy, Pennsylvania.

To celebrate the couple’s engagement, a Stock the Bar party was held on December 9, 2016, at the home of the groom’s parents in Landisville, Pennsylvania. On the eve of the wedding, a rehearsal dinner was hosted by the groom’s parents at Elmwood 1820 in Washington. A bridesmaids’ luncheon, hosted by the mother of the bride and friends, was held the day of the wedding at the home of Ms. Christine Tankard Smith.

After a honeymoon in St. Lucia, the couple will reside in Satellite Beach, Florida.