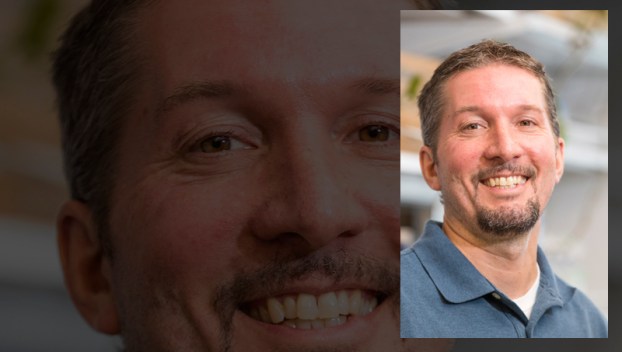 Doctor recognized by Society for the Study of Reproduction

GREENVILLE — East Carolina University’s Dr. Christopher Geyer was named the recipient of the 2017 New Investigator Award by the Society for the Study of Reproduction for his contributions to the field of reproductive sciences.

The award recognizes outstanding research contributions by an SSR member within 12 years of the completion of a Ph.D.

Geyer, an associate professor in the Brody School of Medicine Department of Anatomy and Cell Biology, is working to explain the earliest stages of reproduction by investigating the mechanisms through which spermatogenic stem cells become differentiated and begin the process of becoming sperm cells.

His lab was recently awarded a five-year, $1.45 million grant from the National Institutes of Health to study the response of stem cells to retinoic acid.

“This is a highly competitive award, and the list of past winners is virtually a who’s who of top scientists in the field,” said Dr. Rebecca Krisher, chair of the SSR Awards Committee. “Dr. Geyer was chosen for this honor based upon the originality of his research, his scientific productivity and the significance of his contributions to the field of spermatogonial and testicular biology.”

The award was presented during the opening ceremony of SSR’s 50th anniversary meeting in Washington, D.C. As the New Investigator Award recipient, Geyer gave a 30-minute presentation before more than 900 attendees of the conference.

Geyer was nominated by his mentors, Dr. John McCarrey and Dr. Mitch Eddy, and more than a dozen professors from the United States and abroad wrote letters of support. He has been invited to speak at the annual meetings of SSR’s sister societies — the Society for Reproduction and Fertility, which will meet in Liverpool, United Kingdom, in January; and the American Society for Reproductive Medicine, which will meet in San Antonio, Texas, in November.

Paper towels, dish soap and tin foil may seem like regular household items to some, but for members of the... read more