Truck catches on fire in Washington 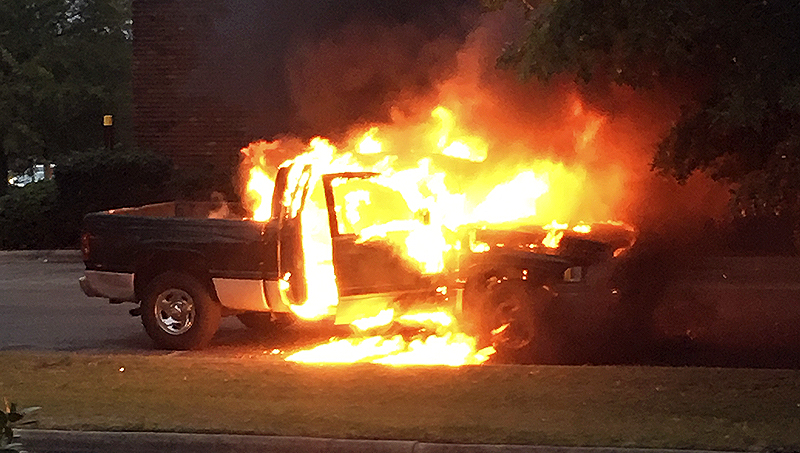 A truck erupted into flames in the Bojangles’ parking lot on Carolina Avenue in Washington.

The fire happened at approximately 4:45 p.m. Monday. A woman was driving her truck when she noticed something leaking from the truck. She was able to park and exit the truck before the fire spread, according to Capt. Tobby Wainwright with Washington Fire.

“She was in the car when it happened, and she got out,” he said. “She was actually driving it.”

Wainwright said no one was injured, and firefighters were able to put out the fire quickly. Although the driver reported a leak, Wainwright said authorities were not entirely certain of what caused the fire.

NCDOT will do airport-safety project at no cost to…