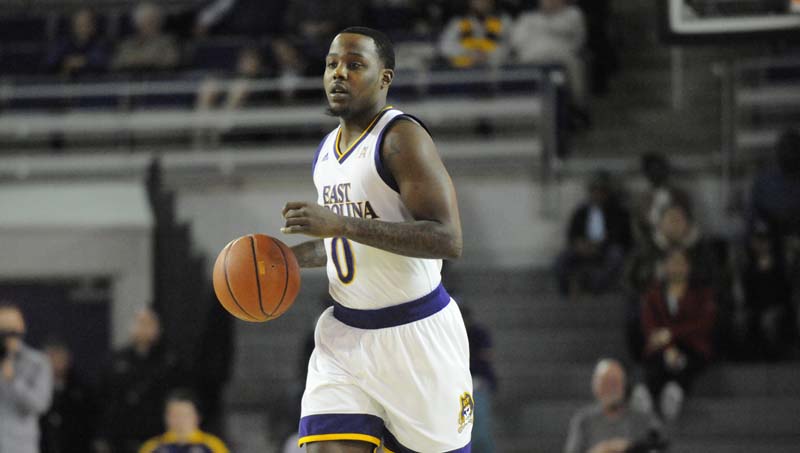 Isaac Fleming brings the ball down the court earlier in the season. He recorded ECU’s first-ever triple-double in a win over Memphis on Saturday.

GREENVILLE (AP) — Shawn Williams knocked down six 3-pointers, made 8 of 9 free throws to score a career-high 30 points as East Carolina — the nation’s worst 3-point-shooting team — went off from deep to defeat Memphis 88-85 in overtime in Saturday.

Jeremiah Martin poked the ball away from Williams and raced for a fast-break layup, cutting the gap to 86-85 with 18 seconds left, but Williams was fouled and made both with 15.2 seconds to go.

Jamal Johnson missed a 3 that went out of bounds off ECU, and Martin got off a contested 3-pointer that hit the back of the rim and Fleming wrapped up the game-ending rebound.

Martin scored all eight of Memphis’ points in OT and finished with a career-high 33. Kyvon Davenport added 16 with 10 rebounds and Mike Parks, Jr. scored 13 with 11 boards.