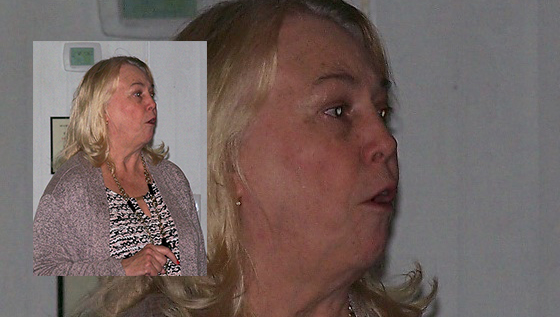 Shannon Ricles, education and outreach coordinator of the sanctuary, spoke about the project to members of American Legion Post 182 at Columbia on March 12.

She told the history of the ironclad USS Monitor, which fought the Confederate ironclad Virginia (Merrimac) to a draw in Hampton Roads, Virginia, on March 9, 1862, thus closing the era of wooden warships, and then sank in rough seas while being towed to Beaufort, NC, on December 31, 1862, with a loss of 16 crewmen.

With the discovery of the Monitor in 1973, Congressman Walter B. Jones Sr. (D-NC) proposed to protect the famous shipwreck, and in January 1975 the nation’s first national marine sanctuary was designated.

Since then more than 90 shipwrecks have been located within a 50-mile radius of the Monitor, all sunk within the first seven months of World War II.

“More than any other place in the United States, coastal North Carolina serves as a uniquely accessible underwater museum and memorial to our nations’s rich maritime history,” Ricles told the Legionnaires.