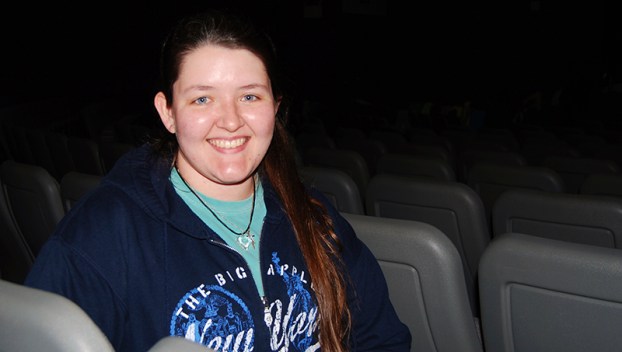 WHS REVISITED: Lauren Gargaro, a Washington High School graduate, is back on campus assisting with the musical "Beauty and The Beast," which opens Friday evening. (Kevin Scott Cutler)

Lauren Gargaro, a 2013 graduate of Washington High School, has been spending a good deal of time back at her former school assisting with the musical production, “Beauty and The Beast.”

“It’s been fun and I’ve loved coming back,” said Gargaro, who has been working alongside several of her former teachers.

Now a senior at East Carolina University, the 22-year-old is working toward her Bachelor of Fine Arts degree and expects to graduate in May. She is concentrating on theater for youth, which makes her a perfect fit for the WHS musical.

“I’m doing the blocking for most of the show,” she said. “I love it. I’ve never gotten to block a musical before. It’s definitely different but it’s really fun.”

Gargaro has a rich history associated with the stage of the high school’s performing arts center. As a high school freshman in 2010 she won the role of Purity in “Anything Goes.” During her sophomore year, she appeared as a menacing tree and a munchkin in “The Wizard of Oz.”

Gargaro had dual roles as Annette and Sophie in “Annie” as a junior in 2012, and she was a cast member in “Seussical the Musical” her senior year.

But even before that, she took to the stage as a performer in “Willie Wonka” while a student at P.S. Jones Middle School.

“I also did a few church plays when I was little and I was in band starting in sixth grade,” Gargaro said. “I’ve always been singing and interested in theatre.”

As a senior, Gargaro is in crunch time, balancing school and two internships, including the WHS show.

“It’s been pleasant, but it’s been challenging,” she said with a smile.

Once “Beauty and The Beast” wraps, Gargaro will continue to be active in theater.

“I’m looking forward to doing more church theater with the youth at my church, Ignite,” she noted. “I have a skit group there with the youth group, called Radiacts.”

WHS’s production of “Beauty and The Beast” will be presented three times this weekend. Show are set for Friday and Saturday at 7 p.m. and Sunday at 3 p.m. Tickets are available in advance at the school or from a cast member for $8 each; admission at the door is $10.

The transition from First South Bank to CresCom caused some ripples in local banking, but the merger’s troubled waters... read more