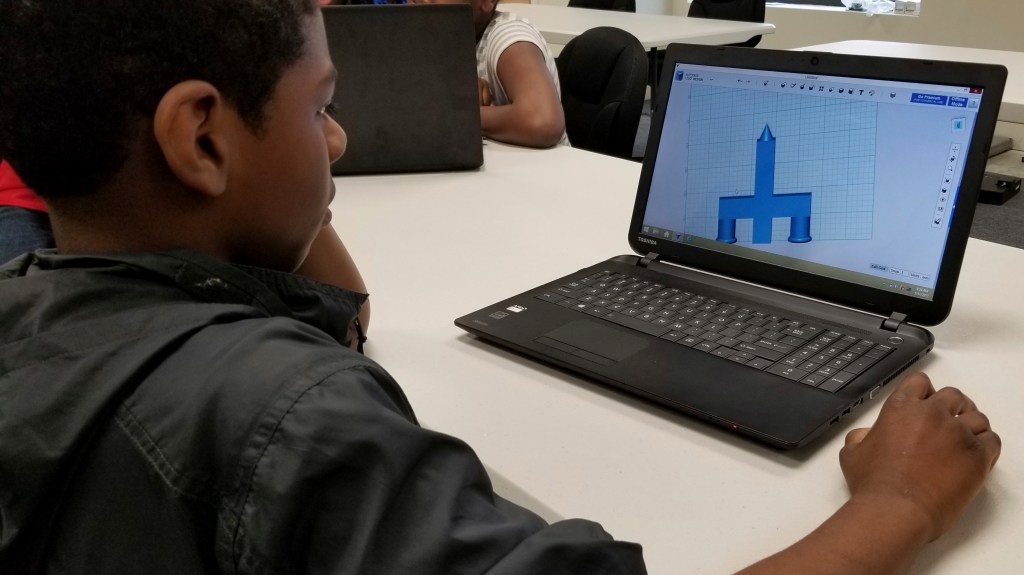 These seemingly simple questions are at the heart of complex inquiries made by young people at the Beaufort County Police Activities League.

At the group’s new facility, located at Washington-Warren Airport, BCPAL is establishing itself as a partner organization for groups throughout Beaufort County with an interest in the wellbeing of children.

“Our program is unlike any program in the country,” BCPAL President Alvin Powell said. “Not only do we focus on STEM — why stuff floats and flies — we focus on the whole person perspective; being a good person and having a good moral compass.”

Using a progressive approach of teaching basic scientific principals and reinforcing those principals with experimentation, learning experiences for students at the PAL culminate in real-world experiences, such as flying an airplane or operating a sailboat.

On Tuesdays and Thursdays, students from the Boys & Girls Club visit the PAL building for a session with Beaufort County Community College mechanical engineering instructor Matthew Lincoln. Working from modules in an instructional book, students are currently learning to use 3D-modeling software in conjunction with a 3D printer. According to Boys & Girls Club Director Darnell Maye, this partnership has been particularly fruitful. 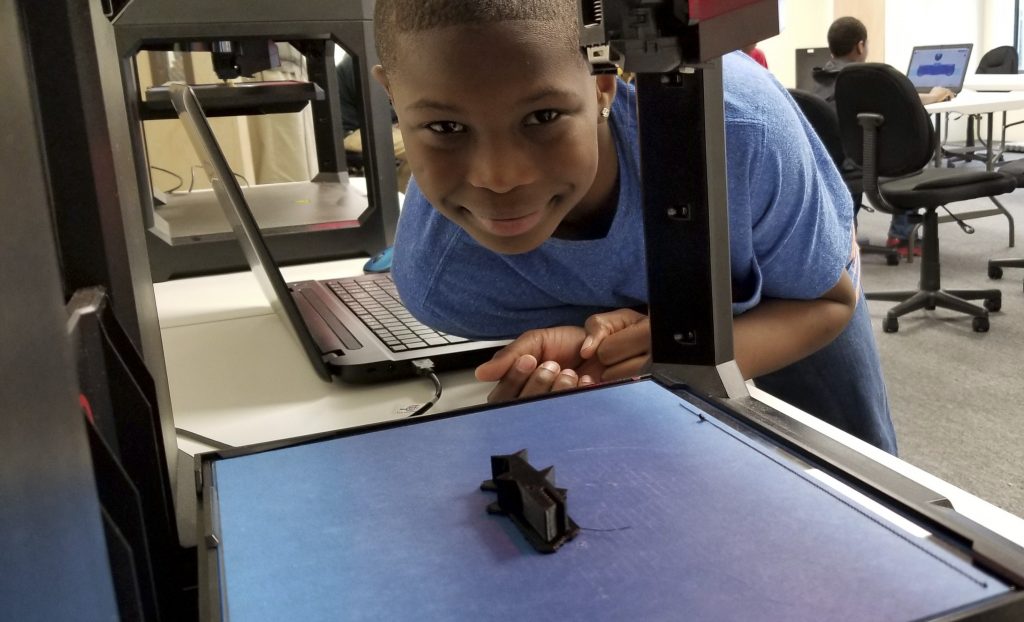 “It’s awesome,” Maye said. “This is getting inner-city kids introduced to science and math on a fun level. The Police League introduces it to them not as something they have to have to survive in life, but as something fun they can do. But they have to know a little math to do it. Science can help them be more creative and help make their end product more unique than other people. It’s almost like competition just as they would in basketball, and they fell in love with it.”

Maye went on to say that this newfound excitement about math and science has also extended to the girls in his program. Between the activities at the PAL and exposing these young ladies to movies such as ‘Hidden Figures,’ Maye says he sees a whole new excitement about STEM.

From teaching the kids to use 3D printers to teaching them to swim, the partnership between the Boys & Girls Club and BCPAL has created opportunities to expose these young people to new things they might not otherwise experience.

“It’s like ‘Okay, I’m just learning about my town,’” Maye said. “You’re almost tricking them into learning and before you know it, they want to be a dentist or a farmer. You don’t say the word science, but you show them the end product and what they need to know to get there.”

The concept of a police activities league dates back to New York City in the early 20th century. Relations between officers in the NYPD and citizens in the African-American and immigrant communities were tense at that time. The original technique used to connect those two groups was pickup basketball games.

“Sports was a way of easing the tension between those organizations,” Powell said. “The kids began to know the police officers as human beings, and the police officers got to know the kids not just as thugs and gang members, but actual folks with problems. With a little help and compassion, they could be lifted out of their situation.”

While sports drive the National Police Athletic Leagues, BCPAL, according to Powell, has tossed that entire model out the window. Instead, the group uses science and technology to improve relationships between youth and all first responders, including military, EMS, firefighters and police officers. 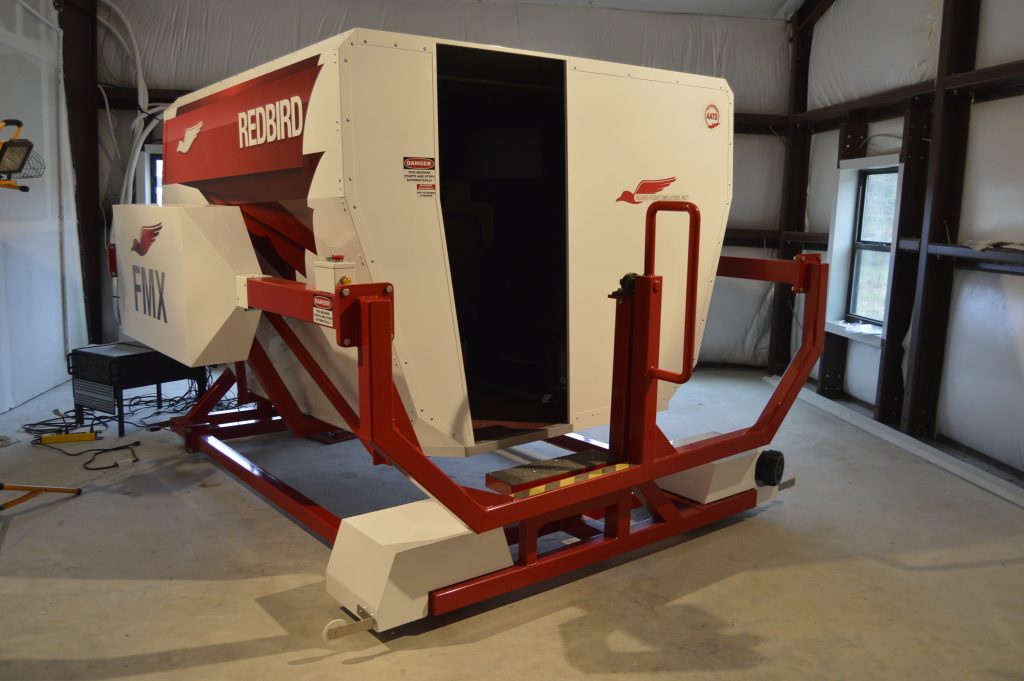 SIMULATOR: This flight simulator is the only piece of equipment of its kind in the United States owned by a nonprofit specifically for use with middle-school students. (Matt Debnam/Daily News)

Rather than just looking at improving relationships through athletics, BCPAL instead takes a holistic approach.

“We introduce the kids to first responders,” Powell said. “We take them to military bases, law-enforcement facilities, firefighting facilities and they get to correlate what it takes to become a first responder and the STEM courses they must master.”

Built on land leased from the City of Washington, interior construction at the BCPAL building is nearly complete. Two classrooms are fully functional and a third is in the works. Two other rooms at the front of the building are currently under construction. The first will house BCPAL’s boardroom.

For the second room, BCPAL has applied for a grant through the Vidant Health Foundation to outfit the area with an array of biometric testing equipment. In addition to helping kids make healthy choices and learn how the body works, the data collected from such equipment could help address health trends such as diabetes, obesity, heart disease and poor knowledge of health.

Powell said he hopes the equipment in that room, with parental permission, could be used to create data on juvenile health, which in turn could help guide the Beaufort County Health Department’s strategy to prevent chronic diseases in Beaufort County’s next generation.

“When all the biometric tests are compiled, the computer system will print out a health profile for the kids that we will give to the parents free of charge,” Powell said. “They’ll see what their kid’s predisposition is for diabetes or obesity or what have you. Then the health department will use that same data to form strategic planning for kids that are at risk in Beaufort County. That data does not exist right now.”

The Beaufort County Police Activities League building is slated for completion during the next month. At noon April 19, BCPAL will host an open house luncheon, co-sponsored by First Bank. The Washington-Beaufort Chamber of Commerce will deliver invitations. On April 20, the group, in collaboration with STEM-Corps East, will host a community-wide STEM Exposition for 600 children and youth from throughout Beaufort County. Portions of the group’s activities are funded through the Burroghs Wellcome Fund.

Unaccounted for energy keeps city from earning some additional…