City offers incentives that allow employees to further their education 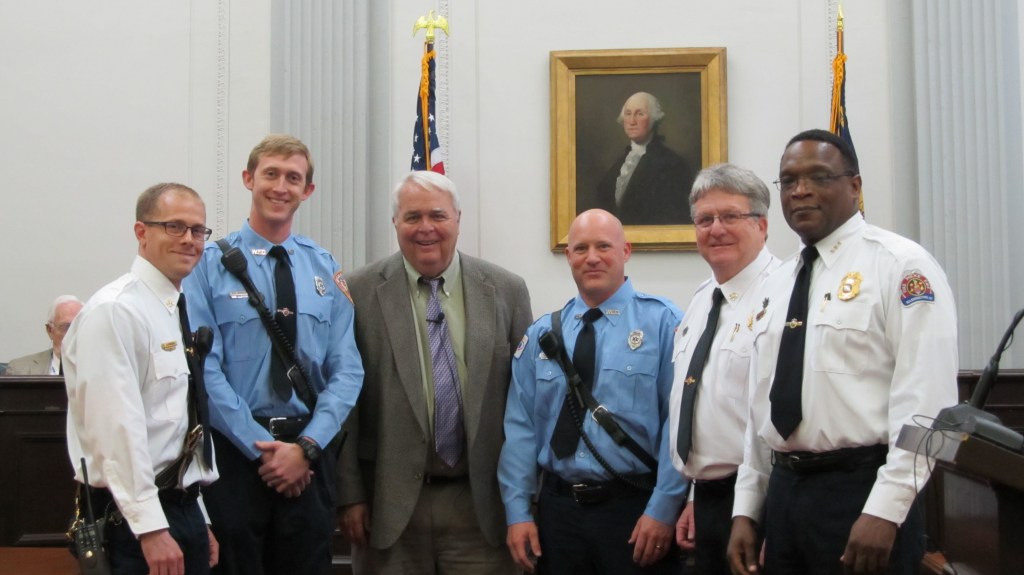 Some city employees, when they are not working, are spending time studying as they work toward obtaining degrees and/or furthering their education in other ways.

“Because the responsibilities of Public Safety is constantly changing with new laws, procedures, and protocols, today’s police and firemen must be trained, educated, and equipped to address those challenges they will face on a daily basis,” wrote Stacy Drakeford, the city’s director of police and fire services, in an email.

“Training and education increases the ability to make better decisions and to utilize critical thinking skills in the performance of their duties. It affects the future of their families, the community, and the profession in which they serve.

“Over the past six years, we have stressed the importance of education and training to create a better workforce, who will then provide a better service to the citizens we serve.”

Employees in other city departments also further their educations. Linemen with the city’s electric utility often take advantage of educational and training courses related to their jobs, as do employees in the city’s water-resources division.

“The program, which every program that they’re in, has to be approved internally, through the employee, through their supervisor, the department head and then it comes to me. If they on a program, seeking a two-year associate degree, then we put the money into the program,” Roberson said. “It depends on the position — once they complete it, we do have incentives for them to do that. In addition, there is bonus money, and that depends on the certification. … There are incentives in our program to seek higher education, including four-year degrees. We’ve had several employees in the past three and a half years complete their degrees, and we encourage them to do that.”

Should a city employee who’s received city money to further their education quit working for the city soon after earning a degree, the employee likely faces having to repay some of the money spend on furthering his or her education, Roberson said. “If they decide to leave the first year, then they have to pay a pro-rata share of that back. It depends on how long they work after they receive their degree,” he said.