Potts-Bragaw architecture only rivaled by its art 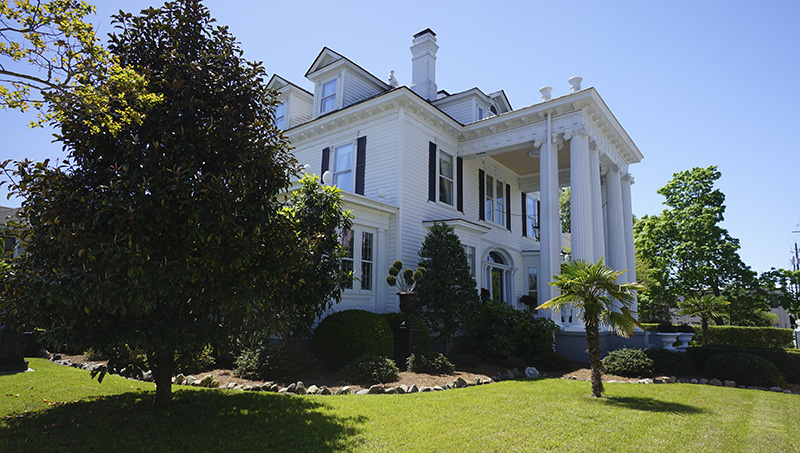 GRAND DAME: The Potts-Brawgaw House, built in 1870, is one of 12 homes and gardens on the Washington Area Historic Foundations Spring Homes and Gardens Tour, held every other year. The home, located at the corner of East Second and Bonner streets, is noted for neo-classical design and décor.

It’s 23 rooms and four stories of Neo-Classical design and décor, and it will be open to the public for one day — on April 14.

The Potts-Bragaw House is one of 12 homes and gardens on this year’s Washington Area Historic Foundation Spring Homes and Gardens tour, and it’s one with distinction: with its interior columns, ornate mantelpieces, coffered ceilings, sculpted crown moulding and an entrance that boasts a portico framed by six, two-story columns, it’s referred to by some as the “most significant neo-classical home east of I-95.”

Attorney Don Stroud has been the circa-1870 home’s owner — and steward — for the past 27 years, maintaining and improving upon the grande dame of East Second Street. The home, built by another prominent attorney, Samuel Potts, has been featured on the tour before, but with each event, there’s always something new. This time, it’s art.

The lush gardens have been expanded: beds have been extended and Asian sculptures Stroud has purchased during travels overseas have been embedded among the greenery. Inside, a formal portrait of Stroud’s family, including his three sons, his parents, a brother and his family, painted from a photograph taken at Stroud’s 50th birthday party, is now the focal point of the dining room. 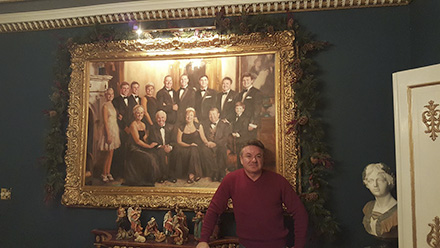 COLLECTION: Owner Don Stroud is a collector of antiques, of art and of the accessories of fine living, such as silver and crystal. Here Stroud is pictured with his 50th birthday present, a portrait of his entire family.

“The main thing is a portrait of my family that was painted. That thing is 8 feet long; that thing is big. I figured since we were all out of overalls for the first time, we might as well have a decent painting done,” Stroud laughed.

While the home is filled with museum-worthy antiques, Stroud spends just as much effort collecting art. An oil painting by Dan Nelson of Washington burning during the Civil War is a conversation starter; Stroud hopes to have another historical piece hanging by April 14 — a commissioned painting of the Indian massacre responsible for the deaths of his English Stroud ancestors — some of the first recorded in the state.

“I’ve always thought that art was designed to be seen in a home, not in a museum,” Stroud said. “Museums are fine, but art is best displayed in a home.”

That’s one likely reason why Stroud is so welcoming to visitors, even strangers, who show up unannounced on his doorstep.

“I love it. I did a tour just this Saturday. You’d be surprised how many times the doorbell rings, and it’s someone on the historic walking tour and they have questions about the house,” he said.

“They thought it was open to the public. That’s happened a dozen times — people just walk on in,” Stroud laughed. 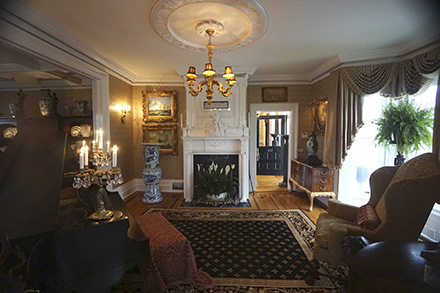 NEO-CLASSICAL: From ornately carved mantelpieces to sculpted, deep crown moulding, to plaster medallions framing chandeliers, the Potts-Bragaw House is a throwback to yesteryear.

Stroud sees opening up his home for the public as an opportunity, one he promotes as longtime president of the Washington Area Historic Foundation.

“It promotes interest in art and architecture and the historic nature of our community. It builds civic pride,” he said. “It’s not so much a fundraiser as it is a way to promote history. It builds community.”

He pointed out that the last spring tour two years ago saw 300 people walk through some of the area’s most notable homes and gardens.

“I think people come for different things. Some come for ideas about their own homes; some come to enjoy the architecture, art or the gardens, and a lot of people just come for the curiosity — they’ve seen it from the street and have always wanted to see what it looked like inside,” Stroud said.

That curiosity results in being able to step back into a time in which homes were built with a much different way of life in mind. 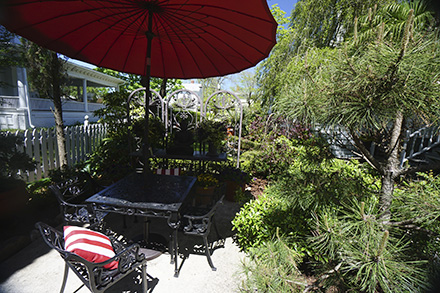 IN THE GARDEN: Visitors to the Potts-Bragaw House for the spring tour will find lush gardens, featuring both palm and pine, where champagne and strawberries will be served.

“These houses were built to entertain on a grand scale, and so many people just don’t do that anymore. It’s just a way of life. If it’s not completely disappeared, it is fast disappearing. Young people now don’t register for silver or china. They have a microwaveable life. That’s not the way I live, and it’s not the way people lived back then, and I think people are curious about it,” Stroud said.

Stroud, indeed, regularly entertains on a grand scale which, on April 14, includes champagne and strawberries in the garden for visitors to the Potts-Bragaw House.

The self-guided WAHF Spring Homes and Gardens Tour runs from 10 a.m. until 5 p.m. on April 14. Tickets for the event are available at the Washington-Beaufort County Chamber of Commerce, the Coffee Caboose and Little Shoppes on West Main Street. Tickets are $20 in advance or $25 on the day of the tour. 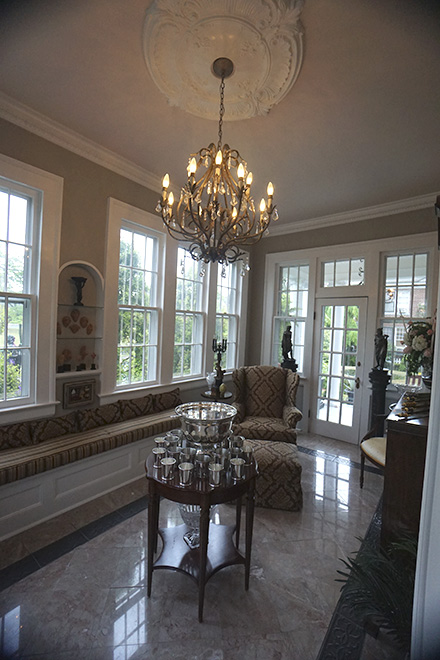 INSIDE-OUTSIDE: An elegant sunroom features marble floors and chandelier, crown moulding and plenty of windows to bring the gardens inside. 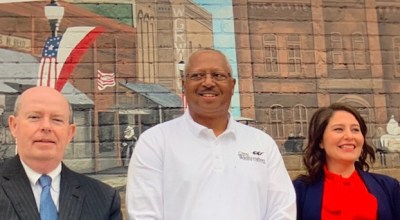 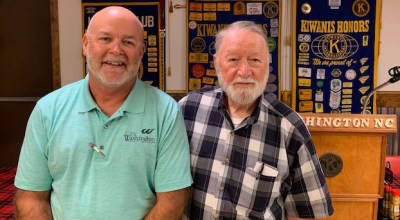 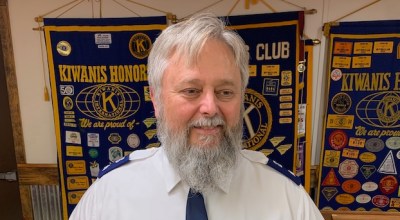