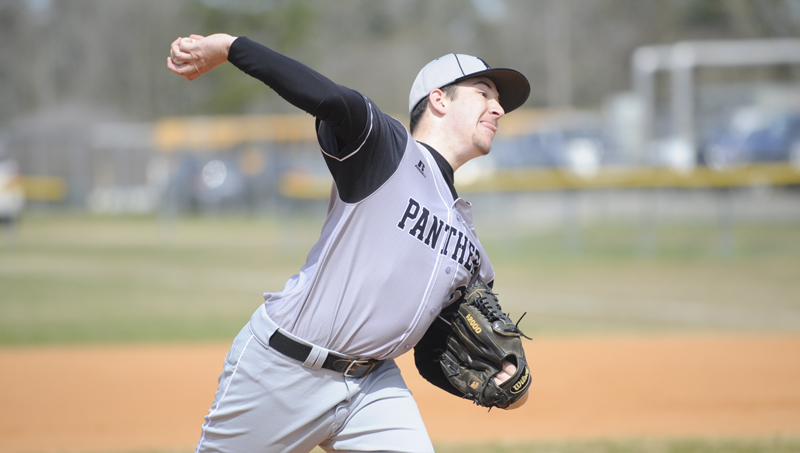 Last week was an important one. Every coach and athlete wants to head into spring break with confidence. Some squads competed in Easter tournaments while others opted for the extra rest.

Northside and Washington plowed their ways through the Panthers’ baseball tournament to set up a rematch and championship showdown between the two on Monday evening.

Washington’s softball team and Southside’s baseball team each took losses in tournament play, but still headed into an off week with more good things to discuss than bad.

For the most part, each team has positive play to build on — some more than others — as the second half of the season approaches.

Washington only had one 2-A Eastern Carolina Conference game last week — a 12-0 win over Kinston — but has excelled in non-conference action. It topped one of the top-ranked teams in the state in Rose, and was dominant in its first two games in Northside’s Easter tournament.

Tyler Harrell was a big part of the hallmark win over the Rampants. He went six innings on the mound. Rose scored all six of its runs with him on the bump, but Harrell was only charged for one of them. He scattered six hits and five walks. He’s also been hot in the batter’s box.

Zach Woolard was doing it all to help Northside earn a rematch with Washington in the Easter tournament championship. The Panthers’ opener saw the senior collect five strikeouts in two innings of the eventual 11-1 win over Columbia.

At the plate, Woolard had one of the game’s highlights when he blasted a ground-rule double. He was 3-for-3 with two RBI and two runs scored. He then went the distance in an 8-0 win over Southside Monday morning. Woolard struck out 11 over his seven frames of work.

Washington suffered its first loss of the season to Topsail in its final game in Conley’s Easter tournament. However, Kaylee Elks dazzled at the plate to help the Lady Pack build an 8-1 lead it should have been able to hang on to.

Elks was a triple away from batting a cycle. She put Topsail on its heels early on with a grand slam in the top of the first. She also had a double and a bunt for a base hit as part of a 3-for-3 showing. Prior to that, Elks chipped in with a run in a 3-1 win over Midway.

Logan Everette was another Pam Pack pitcher to dominate last week. He and fellow junior Hunter Hall split time in a 12-0 perfect-game win over Kinston. The two combined to strike out all 15 batters that came to the plate.

Prior to that, Everette was 3-for-4 at the plate against Rose. He drove in a team-high three runs and scored one himself in the 10-6 victory. He turned in a similar stat line as he had a run and three RBI in Washington’s tournament-opening win over Mattamuskeet.

She scattered five hits and just one walk over those eight innings. The only South Creek run scored was unearned, and McLawhorn struck out 14 of the 31 batters she faced. She also scored one of the team’s runs in a tight contest.