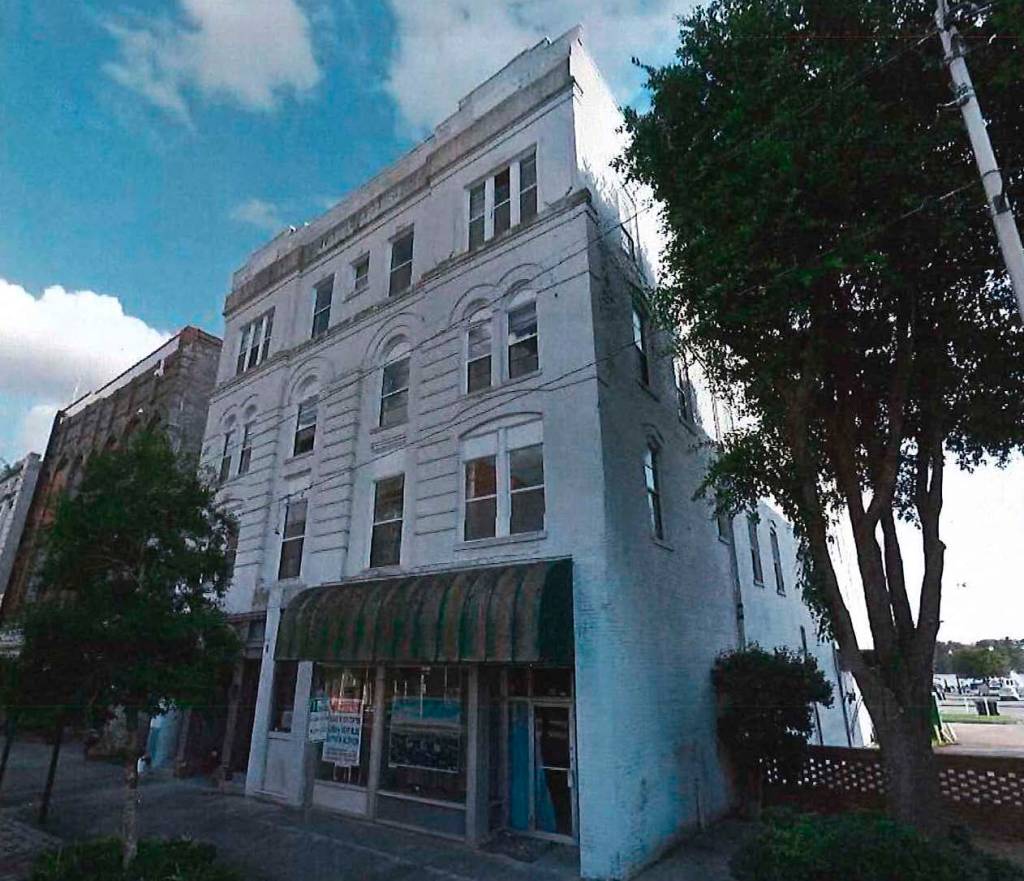 AWAITING ITS FATE: A request to demolish the Hotel Louise on West Main Street has been withdrawn. The city’s Planning Board was to have discussed the request during its meeting Tuesday. (City of Washington)

The applicant requesting the Washington Historic Preservation Commission issue a certificate of appropriateness to demolish the Hotel Louise has withdrawn that request.

The commission was scheduled to discuss the request during its meeting Tuesday. The applicant decided to pull the request Tuesday, according to Emily Rebert, the city’s community development planner and who works closely with the commission. Rebert said the applicant provided no reason for wanting the application withdrawn.

The application lists Verdes Terblanche as the applicant, who listed 316 E. Fifth St., Washington, as his mailing address. The application shows 163 West Main Street, LLC, as owner of the property. The LLC was formed Jan. 19, 2017, according to the N.C. Secretary of State Department website. Local attorney John B. Tate III is listed at the LLC’s agent. According to a Beaufort County real-estate document, the LLC’s mailing address is 45 Miller’s Lane, New Hyde Park, New York. That address is the same for Golden Rock Investments, owner of property adjacent to the Hotel Louise.

The commission’s guidelines required it to delay demolition for an “appropriate time” to allow city staff and the commission to work with the property owner to seek viable options to demolition. Those alternatives include, but are not limited to the following:

The building is considered a contributing structure to the city’s historic district and National Register of Historic Places nomination, according to a staff report regarding the request.

Several plans to renovate the building for lodging and commercial uses never came to fruition.