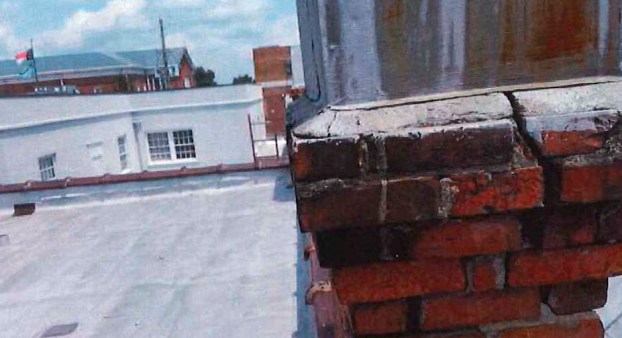 Two historic buildings in downtown Washington will have their exteriors modified in an effort to prevent their further deterioration.

During its meeting Tuesday, the Historic Preservation Commission, with a 5-1 vote, granted a certificate of appropriateness that allows Beaufort County, owner of the buildings, to make the changes. Commission members Mark Everett (chairman), Kathleen Couch, Colleen Knight, Karen Mann and Cheri Vaughn voted to issued the certificate, with William Keener voting against issuing the certificate.

When the request came before the commission in February, its members said they wanted more detailed information from the county and its engineering consultant before it would act on the request. They received that information Tuesday.

Les Woolard, the county’s maintenance coordinator, told the commission the planned modifications are needed to stabilize the buildings and prevent further damage.

The county also plans to remove the remaining terracotta parapet flashing on the building at 111 W. Second St., which currently houses offices of the district attorney for the 2nd Judicial District. It formerly housed agricultural offices and some county offices. It is know as the courthouse annex.

The county plans to install a watertight system for both buildings, according to the COA request submitted by the county to the commission. It also wants to make improvements to the two buildings, including removing any roofing materials that contain asbestos and installing a new roof on the old jail and courthouse annex.

Commission members said Woolard’s explanation of the project aided them in making their decision. “I think this report is exactly what we were looking for — information and documentation of the amount of damage and whether is was repairable within reason,” Couch said.

According to 2015 data collected by feedingamerica.org, approximately 8,150 individuals were considered food insecure in Beaufort County, or approximately 17... read more