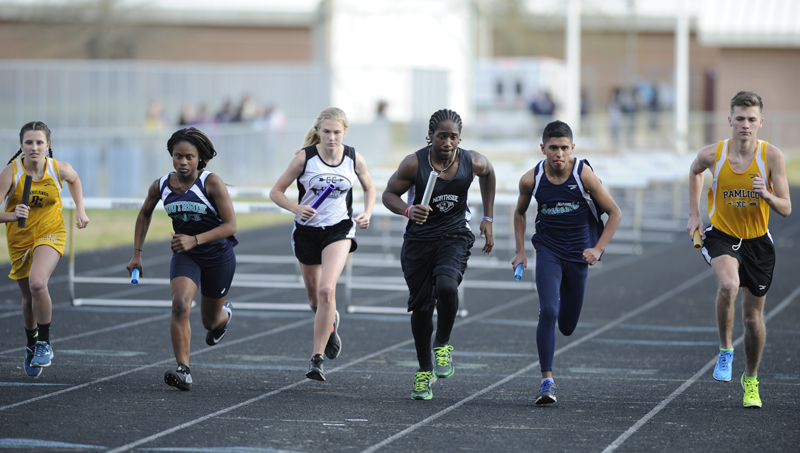 THEY’RE OFF: Competitors from Northside, Southside, Pamlico County and Jones Senior kick off the opening leg of the 4x800 meter relay at the 1-A Coastal Plains Conference track and field meet held on Wednesday at Southside High School. (Ashley Vansant/Daily News)

With the help of a record-setting performance in the girls’ 200-meter sprint, the Southside Seahawks ran circles around the opposition Wednesday at the 1-A Coastal Plains Conference track and field meet held at Southside High School.

Two athletes Southside coach Andrea Quinerly tabbed as ones to keep an eye on didn’t disappoint. Jacqueline Wood, after already setting a new school record in the 100-meter sprint earlier in the season, did the same in the 200-meter sprint on Wednesday. The junior’s time of 26.1 seconds was more than enough to break the previous record of 26.34, a time she spoke of wanting to best prior to the race. 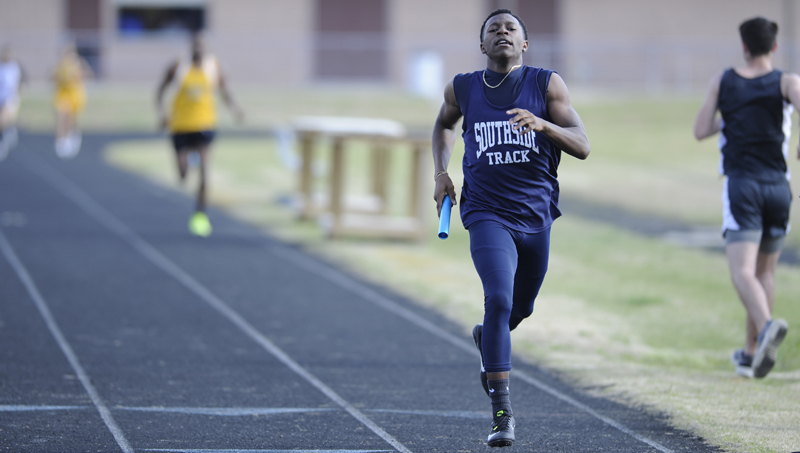 PULLING AWAY: Southside junior Jonquil Haywood cruises to victory running the anchor leg in the 4×800 meter relay on his home turf on Wednesday. (Ashley Vansant/Daily News)

The other Seahawk Quinerly highlighted pre-race was Jonquil Haywood. The junior played the hero running anchor in the 4×800-meter relay. He began the anchor leg even with his Pamlico County rival, but by the time Haywood crossed the finish line, the closest competitor was a good 20 meters behind him. 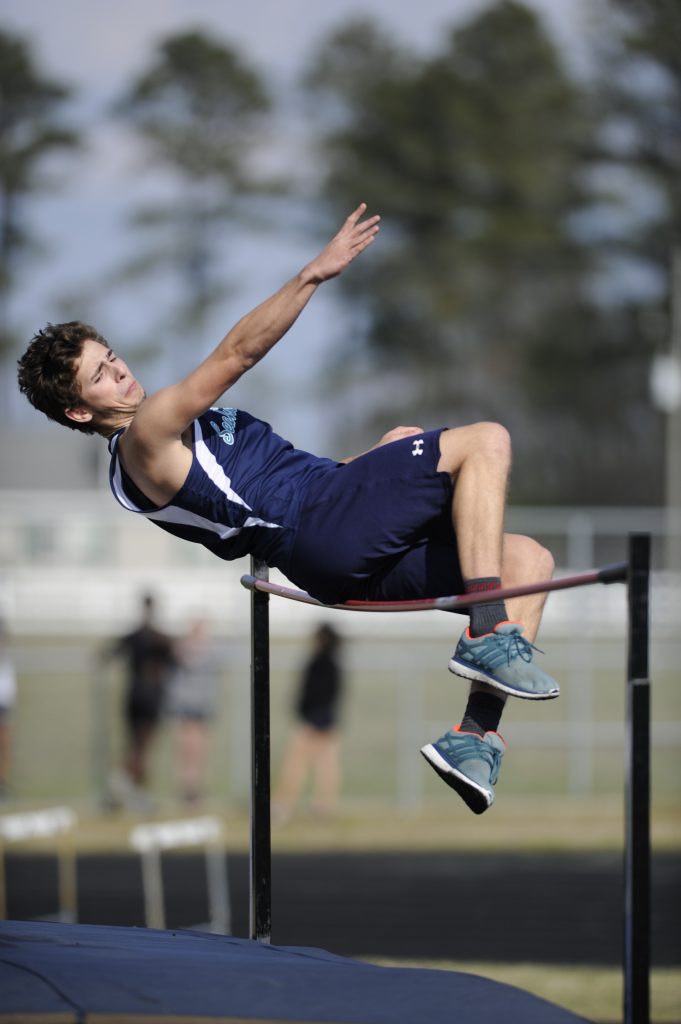 GETTING AIR: Southside junior Will Warren clears the bar as he competes in the high jump event on Wednesday. (Ashley Vansant/Daily News)

But those two aren’t the only talented athletes on Southside’s boys’ and girls’ track teams, as the Seahawks also have the reigning 1-A long jump champion in Eminey Redmond. Boys’ team captain, Jameson Bennett, who Wood credits as a great motivator for her and Quinerly refers to as a “great leader” and “the quickest, fastest on the team”, is a strong competitor in the 100-meter and 200-meter sprints as well.

Quinerly considers this to be the strongest, deepest squad he’s had in his time at Southside, which should come in handy as the 1-A East Regional approaches.