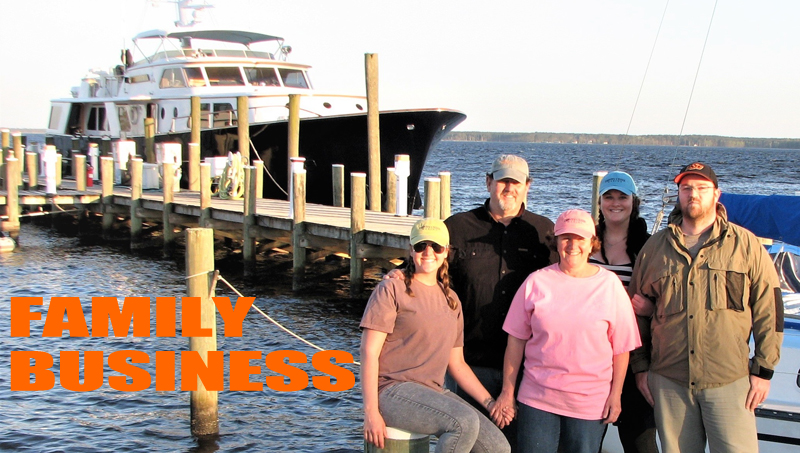 Family-owned and operated businesses are an increasing rarity in today’s society. As children grow older and take to the four winds to pursue their own interests, mom and pop establishments are often left without heirs who have considerable investment in seeing the company continue.

Not so for the Zeltner family. When parents Steve and Connie Zeltner purchased Dowry Creek Marina in March, their adult children, Teresa, Zac and Nicole, uprooted from three states to move to Belhaven to join the business.

“For us, it’s an opportunity to have a family business again,” Steve said. “We’ve spent more time with the kids, and they’ve spent more time together than they have in at least seven or eight years, since the last one was out of college.”

Steve first retired from the U.S. Army in 2002, after serving for 21 years as an engineer officer. He retired a second time on March 1 after 16 years as an engineer and construction manager with the U.S. Army Corps of Engineers. Connie retired from her position as a grocery manager with a large food store chain several years ago when the couple moved from Oklahoma to Northern Virginia. Until November, the couple’s plan had been to settle into an active retirement, living on a trawler and traveling.

That all changed after seeing a realtor email advertisement for the Dowry Creek Marina. Steve and Connie drove down from Northern Virginia to see the area and the marina. After a little convincing, the two brought their kids back down to see the site last December. With everybody on board, the couple decided to take the plunge.

“We took our entire life savings and sunk it in here,” Steve said. “We told them that ‘When we kick, your money is wrapped up into this, so you better hope it’s successful. That’s your inheritance right here.’ We all got together, and they bought into that and thought it would be neat.” 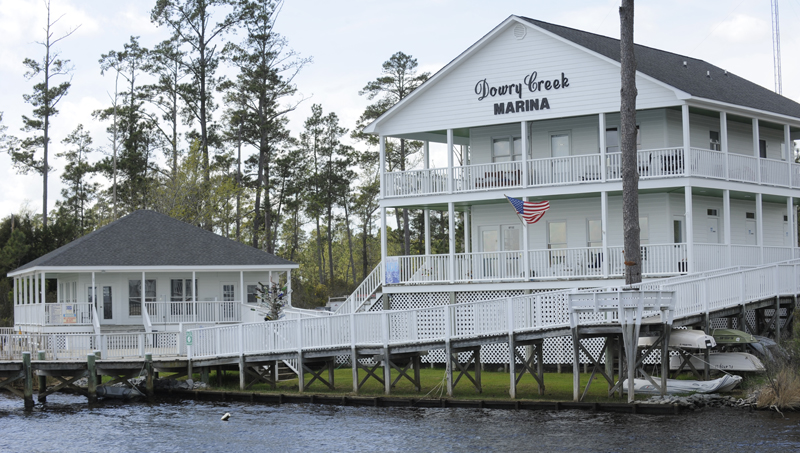 HOME SWEET HOME: While Teresa Zeltner has taken up residence in the upstairs of the dock master’s house, right, her parents live a short drive away in the Dowry Creek subdivision. The house also contains a ship store and the marina’s office. (Matt Debnam/Daily News)

Teresa, Nicole, Steve and Connie have since moved to Belhaven and live either at the Marina or in the Nearby Dowry Creek development. While Steve, Connie and Nicole moved to Belhaven from Winchester, Virginia, Teresa moved from Tulsa, Oklahoma.

Zac, who drove in from California, has also come to help get things established. He and his sister and Teresa are currently working on the websites, advertising and social media outlets for the marina.

“Two of the three have business degrees, so they’re kind of excited about a chance to do something where the family is all together,” Steve said.

Steve and Connie both grew up in small towns and met while in their early 20s in Chetek, Wisconsin. Both had strong work ethics and grew up with families working small businesses. Connie helped on the family farm, and Steve spent years working first with his grandfather who operated a resort on one of the local lakes, and later delivering milk and taking over the family business prior to joining the Army.

For Steve, operating the marina is a lot like those early days at the resort. Both are focused on boats, the water, maintenance and care of facilities. Most of all, both are focused on taking care of people. While the concept of a marina may seem a simple venture to the untrained eye, in reality there is so much work that goes into its maintenance. 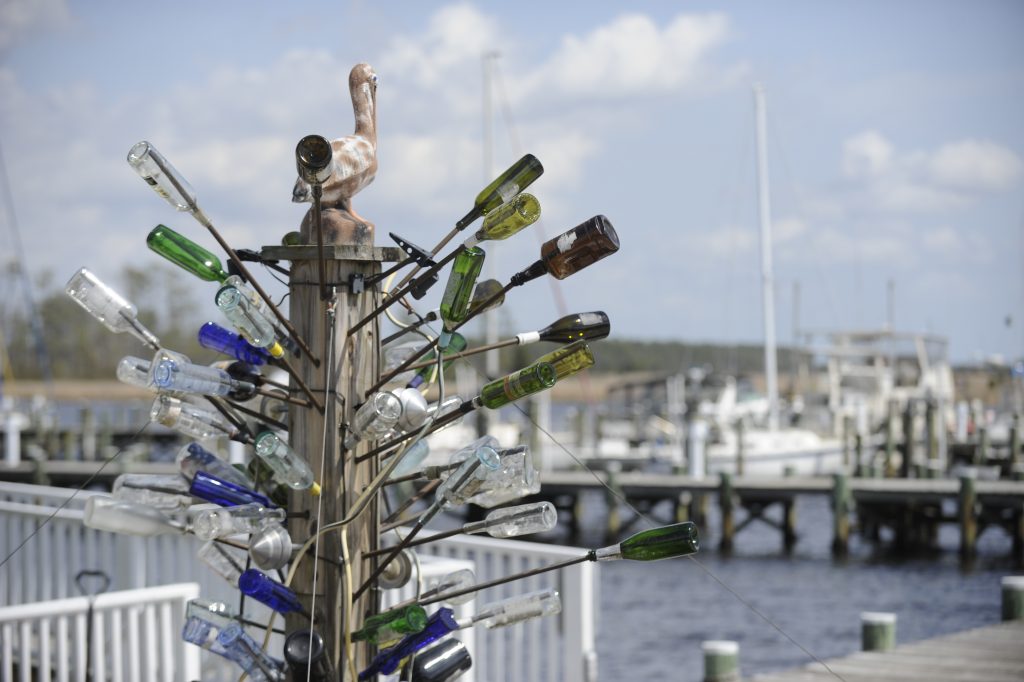 CREEKSIDE LIVING: With 72 slips and multiple live-aboard vessels, Dowry Creek Marina offers a sense of community. Residents gather on a weekly basis to share stories and good company in the marina’s clubhouse over food and drink. (Matt Debnam/Daily News)

“It’s the swimming pool, the dog area, the parking lot, the street lights, and we own the road,” Steve said with a laugh. “You don’t really think about it until you look into it.”

The couple’s third daughter, Stephenie, who lives in Chetek, Wisconsin, will be visiting the marina in May, along with her son Parker, who will spend a good part of his summer helping his grandparents, aunts and uncle on the docks.

“Our plan is to spend a few years here, building the marina and getting things how we like it,” Steve said. “Then we’ll transition it to our son and daughters and they’ll take it over and we’ll be in and out of here, doing a little boating.”

The Dowry Creek Marina is located five miles east of Belhaven off of U.S. Highway 264, and at the entrance to Dowry Creek off the Pungo River at mile marker 132 on the Intercostal Waterway. The marina was built in 1999 as part of the extensive Dowry Creek Development. The marina has 73 boat slips with an 8’ deep channel and face dock, an office and ship store, diesel and unleaded fueling at the docks, a clubhouse, pool, shower and laundry facilities and tennis courts. For more information, visit www.dowrycreekmarina.com or follow the marina on Facebook at @dowrycreekmarina. 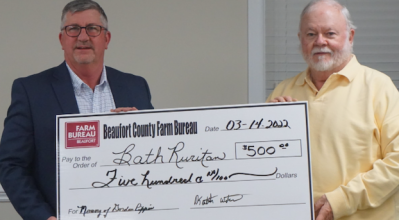