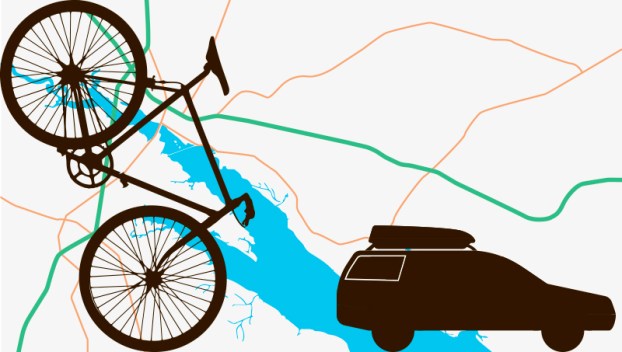 2,000 cyclists coming to town: What you need to know

This afternoon, downtown Washington will begin to look a little different as thousands of cycling enthusiasts pour into town for Cycle NC’s annual Spring Ride. Over the next three days, these cyclists will fan out across Beaufort County roads by day; by night, many will be camping on the Washington waterfront.

The ride maxed out at 1,800 cyclists; with some, come friends and family members. This makes for a very different landscape for Washington and Beaufort County over the next few days.

“Our thing at the fire department, and I’ll speak for the police department too, is that those folks have a safe visit to town — and enjoyable,” said Washington Fire Chief Robbie Rose. “I think the biggest group of people that I can think of (it affecting) is the motorists. People need to be aware that there are going to be a lot of cyclists on the road.”

Washington Police and Fires Services and Beaufort County emergency management staff have been working with Cycle NC organizers and Washington Tourism Development Authority to prepare for any and all situations that could require an emergency response, from a vehicle/bike collision to what to do in case of extreme weather.

For Chris Newkirk, chief of operations for fire/emergency management in Beaufort County, it’s the rural roads where drivers need to take extra care. Newkirk said Cycle NC organizers try to keep their cyclists off of main thoroughfares, such as U.S. Highway 264 and U.S. Highway 17, as much as possible, in an effort to impact local traffic as little as possible.

“They look for a mix of rural roads that still offer a scenic ride,” Newkirk said.

He said Saturday will likely see the most interaction between cyclists and motorists, as that day has the longest and most widespread routes, including one route from Washington to Bath and down to Belhaven following N.C. Highway 32 part of the way — which is cause for some concern.

“In our area, what is considered a scenic byway is actually a major artery for our county. It’s a high-traffic road,” Newkirk said, adding that the intersection at Acre Station Meat Farm on Saturday will see a lot of traffic, as Acre Station will be a designated rest station.

Newkirk encouraged motorists to be patient and cyclists to be just as accommodating.

“We need to be extending hospitality and patience on both fronts, from the citizens and the cyclists,” Newkirk said.

Many cyclists and their companions will be camping in Washington at three locations: on the Washington waterfront, along Stewart Parkway to Festival Park; at Havens Gardens, at the end of East Main Street, and on city-owned land near the water tower next to Veterans Park on East Third Street.

Washington Police and Fire Services Chief Stacy Drakeford said motorists should not only be watching out for cyclists, but also pedestrians, as their numbers will increase as well.

To ensure safety, Drakeford said there will be an increased presence of police officers in the downtown area.

Parking could be at a premium. Several downtown parking lots will be partially reserved for only Cycle NC participants’ RVs and campers: the parking lot on Stewart Parkway behind Sloan Insurance; the parking lot just east of it across Respess Street; and the city-owned parking lot on the Gladden Street side of First United Methodist Church on West Second Street, facing the U.S. Post Office.

“As a county, we’re looking at all aspects of it, but once the ride is over in the afternoon, we’re going to have that influx of people (into downtown Washington),” Newkirk said. “This is very good for business, the potential money this will bring in to those businesses is a good thing. But if you’re that family that wants to go to those businesses Saturday night, Friday night, you’re going to see a difference in those crowds.”