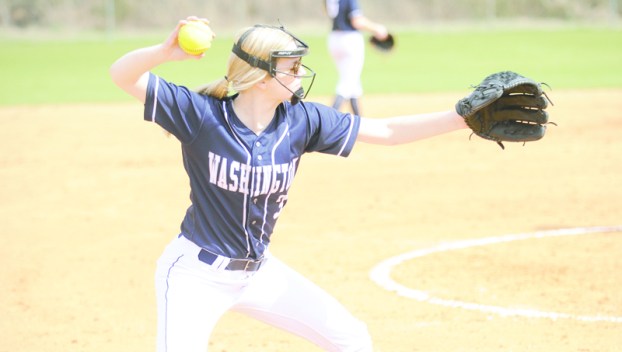 Round Up: Pam Pack and Seahawks continue winning ways

PAM PACK PICKS UP CLOSE VICTORY ON ROAD AGAINST CONLEY

Campbell did it all for the Pam Pack (14-1, 8-0). She pitched all seven innings, surrendering one run on five hits, while striking out four Vikings and issuing one walk. Not only did Campbell shut down Conley’s (10-6, 5-2) hitters, she provided a majority of Washington’s offense.

The junior, who was the only member of the Pam Pack to record more than one hit, was 3-for-3 from the plate on Wednesday. As a team, Washington had only five hits. Campbell also had a solo home run and RBI. Sophomore Kaylee Elks had the Pam Pack’s other RBI and went 1-for-3 at the plate. Sydney Keech, a junior, provided Washington’s other hit Wednesday night.

The Pam Pack quickly took control of Wednesday’s game, scoring a run in the top of the first and the top of the third to take a 2-0 lead. Conley responded with a run of its own in the fourth. But Washington scored in the fifth to restore its two-run lead and held on for the win.

The Pam Pack next plays tonight, as it makes a trip to Ayden to play the Ayden-Grifton Chargers at 6 p.m.

CHOCOWINITY—Thanks to several Seahawks setting new personal bests, Southside blew away the competition at the 1-A Coastal Plains Conference track and field meet held at Southside on Wednesday.

Eminey Redmond, the defending 1-A state champ in the long jump, was one of the Seahawks to stand out on Wednesday. Her jump of 17 feet 4 inches was good enough to set a new personal best. Among the girls’ team, Shantel Cannon impressed as well, running the 800 meters in a time of 2:50.

Redmond wasn’t the only Seahawk to set a new personal record on Wednesday. On the boys’ team, T.J. Simmons and Xavier Simmons did as well. In the triple jump, Ebron recorded a distance of 40 feet 8 inches, while Simmons ran the 200 meters in 22.53 seconds. Brandon Simmons also stood out at the meet, throwing 41 feet in the shot put.

The Seahawks will look to continue their winning ways with home meets next Wednesday and Thursday, with the latter also serving as Senior Night.

Roundup: Pam Pack and Unity both dominate in wins