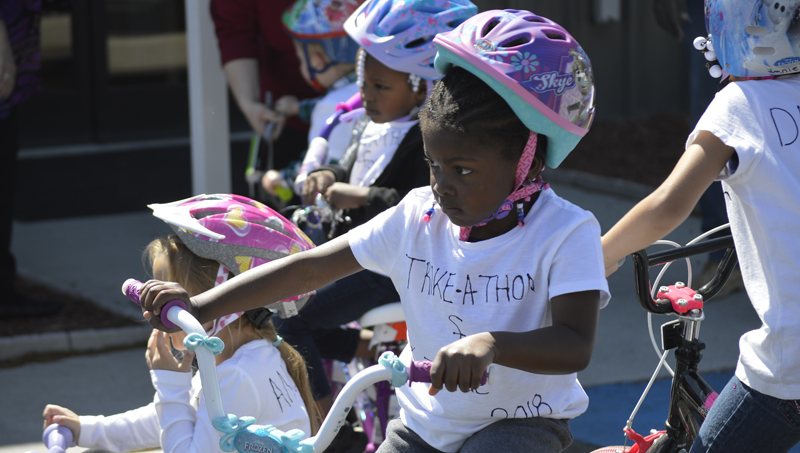 AND THEY’RE OFF: Pedaling their little hearts out, 25 three-and-four-year-olds participated in the trike-a-thon, nearly tripling their goal of raising $500 to support St. Jude Children’s Hospital. (Matt Debnam/Daily News)

While the big bikers generated a lot of attention this past weekend, another group of much smaller cyclists was doing big things Friday.

Riding around the parking lot at Start Right Learning Center on tricycles and bikes with training wheels, a group of 25 three-and-four-year-old students managed to raise $1,379.50 to support St. Jude Children’s Hospital.

With support from their parents, families and the community, these little cyclists more than doubled, and nearly tripled, their original goal of raising $500 for the organization during the center’s annual trike-a-thon.

For center owner Gail Leggett, raising money for St. Jude is nothing new; she’s been doing it since the 1980s during her career as a teacher.

“I started having trike-a-thons and doing different type of things to help St. Jude Children’s Hospital,” Leggett said. “I’ve tried to instill in preschool children that there are other children in the world that are sick and who need our help.” 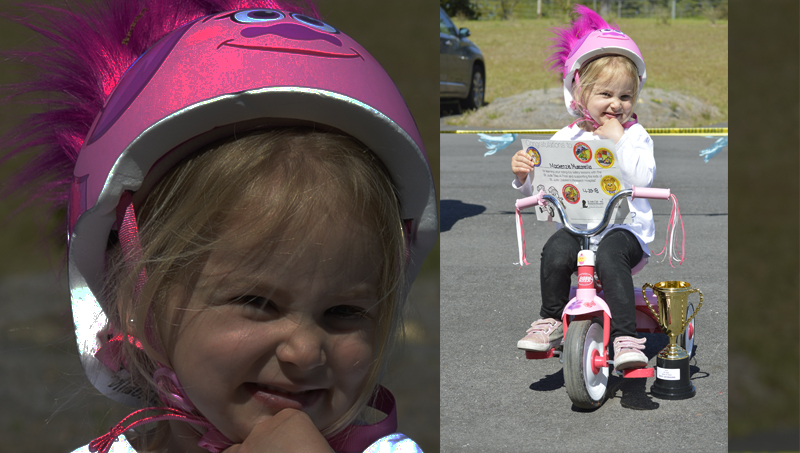 While discussing illnesses with young children is no easy task, for Start Right teacher Nicky Muscarella, the conversation was a gradual process. After reviewing bicycle safety and four steps to safe cycling, the kids were introduced to the story of St. Jude founder Danny Thomas and the story behind his ministry. After showing the kids commercials about the hospital, the staff explained that they would be helping these children through their trike-a-thon, something each of the little ones took to heart.

“We sent a little boy who had cancer Christmas cards, so they already knew about the giving part,” Muscarella said. “They are very excited about it, and if you ask any of them why they’re doing it, they’ll tell you it’s for the sick children.”

Parents watched with pride and helped guide their youngsters as they navigated the parking lot, knowing that their young ones were giving their time and effort to something much bigger than themselves.

One major donation came from Fitness Unlimited, which donated $200 to the cause. Among the top earners for the preschool were Phoenix, which raised $205 dollars, and Mackenzie, who raised a whopping $360.

Due to the children’s ages, the WDN was asked to not publish last names.