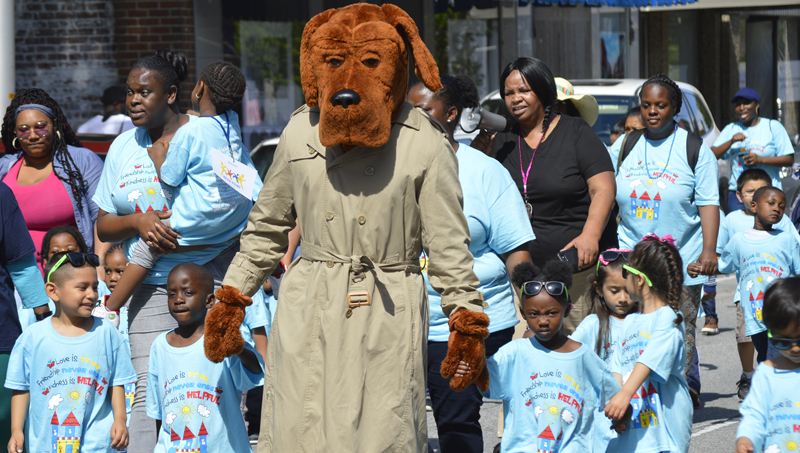 WALKING FOR A CAUSE: Youngsters march alongside McGruff the Crime Dog to raise awareness of child abuse.

A wave of blue, sweeping down Water and Main streets, created a swell of sounds and activity on Thursday. While this might sound like catastrophic flooding or some other water-related happening, in reality, it was hundreds of Beaufort County’s youngest citizens, painting the town blue in honor of Child Abuse Prevention Month.

The parade of youngsters, parents and teachers was hard to miss yesterday morning, and it was only the beginning of a fun-filled day for Beaufort County’s youngest.

A part of the Beaufort-Hyde Partnership for Children’s annual Child Festival, the parade and festivities drew hundreds of kids from daycares and pre-K programs throughout the region.

“We originally had about 800 people sign up, but I think there were more than that here today,” BHPC Director Lisa Woolard said.

Once the tide of blue had swept downtown, Festival Park was the place to be. With games and activities from a variety of community organizations and appearances from no less than two large, costumed mascots, there was plenty to do at the festival.

Musical guests for the event were Pamlico Joe and Clean Water Flow, with a special guest appearance from Dante’ Foreman, who rapped a tribute to Dr. Seuss’ “Oh the Places You’ll Go” entitled “Moving with a Message.”

“I’ve performed several times, and this is by far the largest crowd I’ve had,” Foreman said. “It’s the most meaningful song for me, because as youth, we need to look at the places we can go, not the places we’re at.”

While for the most part, the festival was fun and games for the kids, it also sent a message that looking out for the next generation is a responsibility we all share.

“They’re our children, but they’re everybody’s children,” Woolard said. “We want to celebrate that children are important and that they are our future.”

For more information about Beaufort-Hyde Partnership for Children, visit www.bhckids.org. 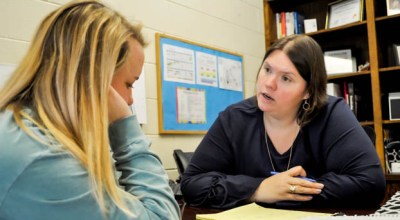 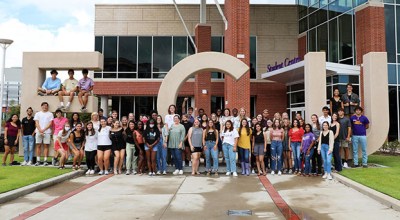 WHS class producing documentary on economic impact of the…