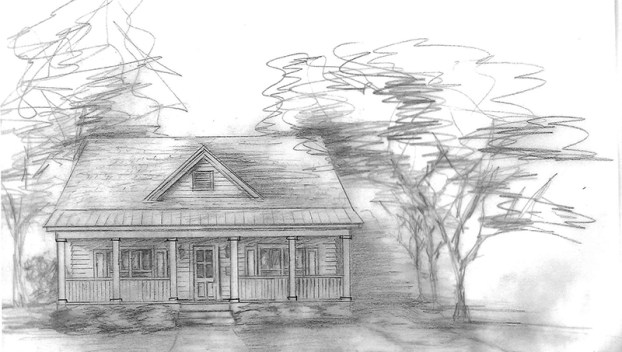 A NEW LOOK: An artist’s rendition shows how the house at 420 Water St. would look after renovation. (Courtesy City of Washington)

Next week, the Washington Historic Preservation Commission will consider a request for it to issue a certificate of appropriateness for making significant renovation to the historic house at 420 Water St.

That’s commendable, given the fact the city has been criticized for allowing some historic properties in the city’s historic district to be demolished or fall into disrepair. Just remember the uproar that resulted with the city asked for a COA to demolish the Carter house next to the Brown Library. The city is working with Preservation North Carolina in an attempt to save that house.

Issuing the COA for the proposed Water Street project would result in the preservation of a historic property, improve the appearance of the structure and Water Street corridor and increase the value of the house, which would increase tax revenue for the city and Beaufort County. Area business would benefit from purchases and services related to renovating the house.

Among those recent projects — to build new residences on the street — were one by A.L. “Al” Crisp and one by Franklin D. Johnson Jr. Crisp sought to build a new two-story family dwelling at 416 Water St. Johnson asked to build a new one-and-a-half story residential structure at 406 Water St. The commission has approved several renovation projects in that corridor, including a request by Bill Litchfield to replace rotting wood siding on the house at 404 Water St. with HardiePlank siding, the beaded cedar mill style.

New houses continue to be built in the Moss Landing Harbor Homes area.

Kudos to the property owners who are investing in renovations or new construction. Kudos to the commission for supporting such activities.

Mother of the Year… is it the woman who keeps an orderly and beautiful home, gracefully entertaining guests and looking... read more