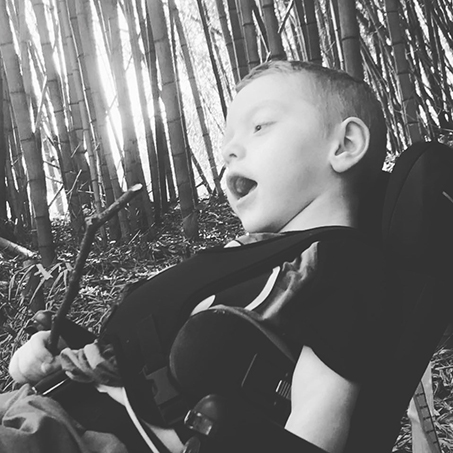 Kaiden Gabriel Brinn, age 5, a resident of Chocowinity, passed away on Thursday, April 26, 2018. at Vidant Medical Center in Greenville.

A funeral service will be held 2 p.m. on Sunday, April 29, 2018, at the Chapel of Paul Funeral Home & Crematory in Washington, officiated by Rev. James Sparks. Burial will follow in the Latham Cemetery in Pinetown. Allen Swanner, Jr., Anthony Swindell, Matthew Tharp and Brandon Davis will serve as pallbearers.

The family will receive friends from 6 p.m. until 8 p.m. on Saturday, at Paul Funeral Home & Crematory in Washington and other times at the home, located at 1566 Gray Road, Chocowinity.

In lieu of flowers, the family requests that memorial contributions be made to the Kaiden Gabriel Brinn Memorial Fund, P.O. Box 1465, Washington, NC 27889.

Paul Funeral Home & Crematory of Washington is honored to serve the Brinn family.