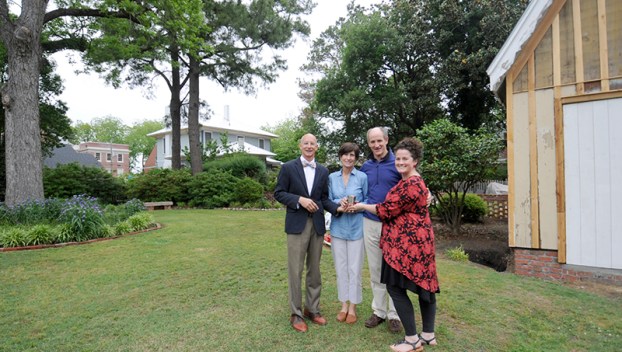 Restoring, rebuilding, expanding, rediscovering — Dr. Crane and Kathleen Couch have done it all since they bought a historic home on West Main Street. In return, the City of Washington is recognizing their efforts with the Rena K. Terrell Award for stewardship.

For Campbell, the Stewardship Award is not only about the past, but the future. 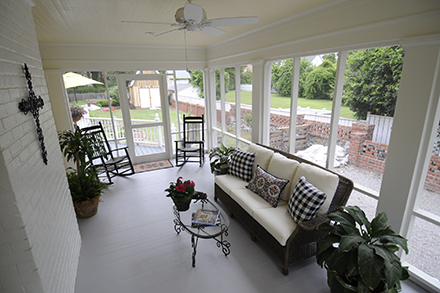 OUTDOORS: The Couches restored a screened-in side porch, an extension of living space and room to spend more time outdoors.

“It’s an award given to a property owner in the historic district who has preserved or allowed to go forward in a huge way an original historic detail,” Campbell said. “When we are all gone, it will continue on, so it is a great example of stewardship.”

The Lindsay Warren House was built in 1854 — it was the home where the Washington native and U.S. Congressman grew up. Since the Couches’ purchase of the 3,200-square foot, four-bedroom house in 2016, they’ve rebuilt a ballast rock and brick wall, restored the property’s carriage house, unearthed and restored a buried fountain and pond, replaced the home’s windows and restored a screened-in side porch, along with many other jobs large and small.

As with many historic homes, the interior does need work in some places, but it was the outdoor space on which the Couches put focus first.

“I think it’s just we’re very outdoor people after living in Florida. Your yard, your porches, are an extension of your house,” Kathleen Couch said. 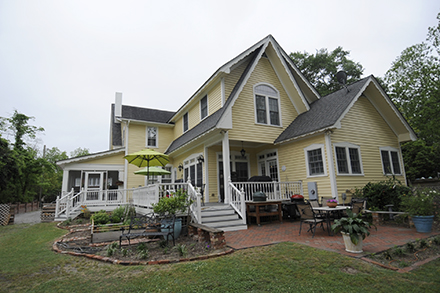 LIVING SPACE: With gathering space on the deck, brick patio and side porch, the Couches home is dedicated to outdoor living.

It was Rebert who referred the couple to John Wood, a restoration specialist with the North Carolina State Historic Preservation Office. With his assistance, the Couches began returning the back yard and outbuilding to its original state.

“We thought, ‘How can we make this better, and how can we really honor and reflect the history of the house?’ And that was a lengthy process. It still is,” Kathleen Couch said.

With the help of Jimmy Peaks, the ballast rock and lattice-work brick fence was rebuilt using bricks from the remains of the crumbling brick wall. Extra bricks found were incorporated into the landscape, surrounding flower beds and the rediscovered pond.

“We just said, ‘Make it like it was,’” Crane Couch said. “We have used virtually every solid brick found on this property,” 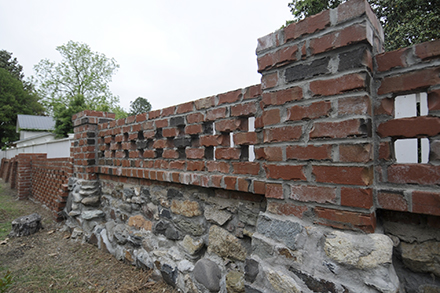 PRESERVING THE PAST: The brick lattice-work and ballast-rock wall were rebuilt using original materials that were found on the property.

The couple mulled over options for the carriage house — whether to tear it down and rebuild, or restore it, and ultimately, decided on the latter.

“It turned out so beautifully, we don’t want to use it as a garage,” Kathleen Coach said. “We’ll use it for entertainment.”

It’s all part of the process of stewardship: preserving original form with room for expansion on the original idea or use of a architectural feature, according to Rebert.

“The other part of stewardship is not just maintaining. It’s growing,” Rebert said. 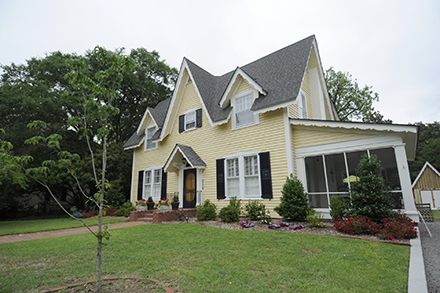 WARREN HOUSE: Built by the parents of U.S. Congressman and Washington native Lindsay Warren, Dr. Crane and Kathleen Couch purchased the Lindsay Warren home in 2016 and began restoration on the circa 1854 home’s yard and exterior.

Off Camp Leach Road, tucked back in a line of greenhouses, a wealth of herbs can found. Some are medicinal;... read more