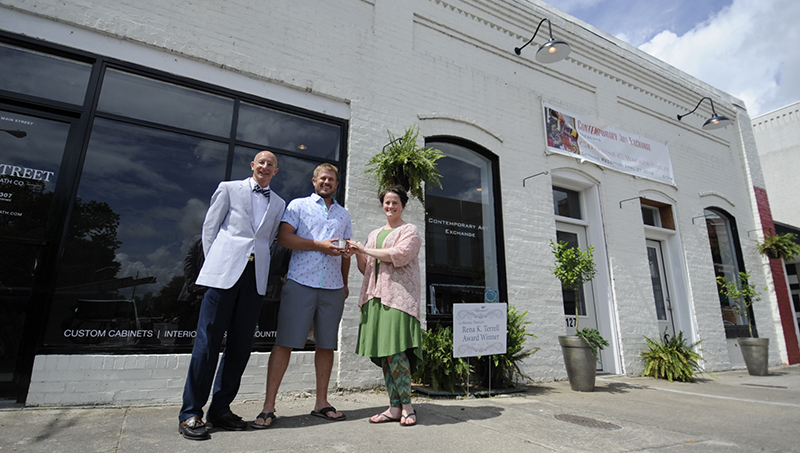 It narrowly escaped demolition. The building tucked at the east end of the Main Street business district in downtown Washington was in bad shape until Contour Construction’s Chris Smith picked the property up and turned its fate around.

Now the City of Washington has recognized Smith’s efforts with the Rena K. Terrell Award for Best Commercial Rehab.

“They did a really great job to keep the original look on the exterior and did it quickly,” Campbell said. “This wasn’t a remodel; this was a total rehabilitation. If Chris hadn’t shown up, someone would’ve shown up just to clear the lot.”

Smith bought the building in February 2016. Today, it has a whole new look after Smith embarked on a rehabilitation project that involved removing and replacing floor joists, floors, subfloors, walls, ceilings.

“This place was a hot mess,” Smith laughed. “We completely gutted it.”

One of the problems was termites, and lots of them.

“Washington has an overabundance of termites,” Smith said. “I laid down concrete slab, so I don’t have to worry about termites ever again.” 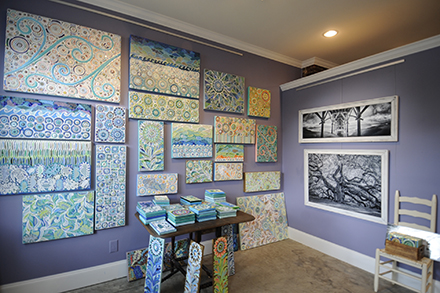 The concrete slab floors along with exposed brick walls, give the interior of 127 and 129 East Main Street an urban, industrial feel, softened by creative reuse of rustic elements from the building’s past.

“We salvaged what we could,” Smith said. “We tried to incorporate some of the original floor joists and beams.”

In Main Street Kitchen and Bath, at 129 E. Main St., original floor joists gained new life as wall shelves displaying cabinet door designs and samples of granite. The storefront’s large picture window is now framed by an old beam salvaged from the demolition, along with more joists. Once the crumbling plaster walls came down and brick walls were exposed, it simply took a good scrubbing to turn the clay brick with lime mortar into an architectural standout, adding warmth on top of the cool concrete floors. 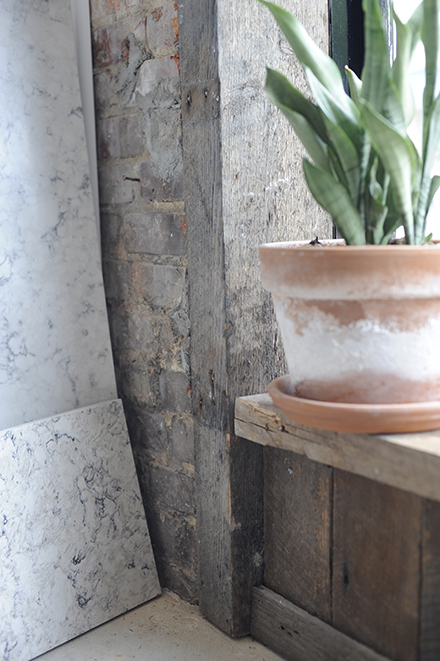 Smith, who buys, remodels and rents many properties, said he’d take on a similar project again, as long as the price is right, as it was when he purchased this building last year.

“I offended them with the first offer, because I knew what it was going to take (to rehab it),” Smith said. “If it wasn’t a contractor buying it, you would’ve been paying a lot to fix it.”

For Rebert and Campbell, Smith’s efforts mean not only preservation of a historic building, but serve as inspiration to others. With Smith’s work, along with Tomp Litchfield’s renovation next door, the building across the street has sold and is on its way to rehabilitation, as well, Rebert said.

“It’s just a great little building,” Rebert said. “And it potentially could’ve been a building that we lost.” 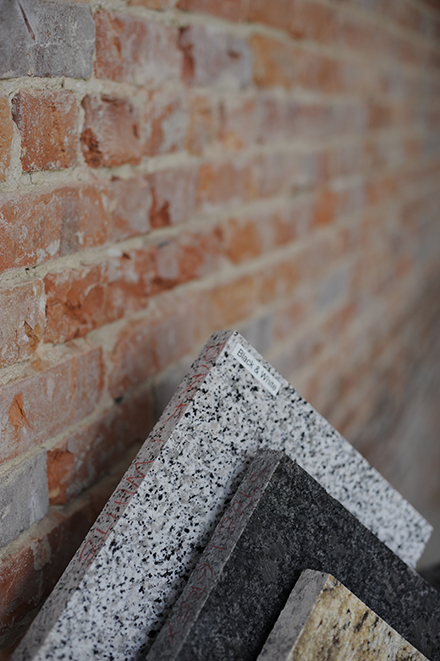 EXPOSED: When the plaster walls came down, a scrubbing of the walls revealed clay brick with lime mortar. Rather than cover the brick up with drywall, Smith chose to leave the brick exposed, juxtaposing its warmth with the coolness of the concrete slab floor.