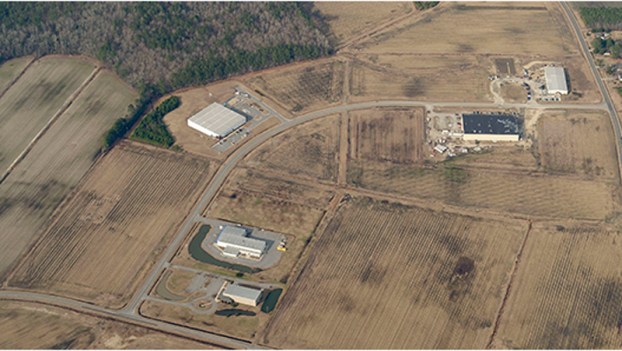 EXPANSION: InterMarket Technology is buying land at the Washington-Beaufort County Industrial Park so it can expand its operations. (Beaufort County)

When an industry moves to Beaufort County and begins planning to expand just months after its arrival at the Washington-Beaufort County Industrial Park, that can be taken as good news.

Earlier this month, Beaufort County and the City of Washington approved an interlocal agreement regarding the proposed expansion of InterMarket Technology, which recently received a $50,000 grant from the One North Carolina Fund to help facilitate InterMarket Technology’s relocation from Wayne, New Jersey, to Beaufort County. It plans to invest nearly $2.7 million and create 57 jobs over three years. Those new jobs, according to a news release from Beaufort County Economic Development, will bring a yearly payroll influence of $1.7 million to the local economy.

Fifteen of those jobs have been created, according to Martyn Johnson, Beaufort County’s economic-development director.

Under the interlocal agreement, the county will act as the agent for the upset bid process and accept the offer from Scott Gardner, an InterMarket Technology executive, to buy lot 3 in the industrial park. The county and city have approved of the sale price of $7,000 per acre for the 3.39-acre site.

Once all the new jobs are created, that annual $1.7 million payroll’s influence will be felt at local grocery stores, shops, restaurants and other businesses as the workers filling those jobs have their vehicles repaired, remodel their homes or send their children to dance classes or to sporting-goods stores to by equipment for youth sports.

Those are small investments that will return much more to the area’s economy. That’s always good news.

When elected officials behave badly, how can the public hold them accountable? According to the North Carolina State Constitution, there... read more