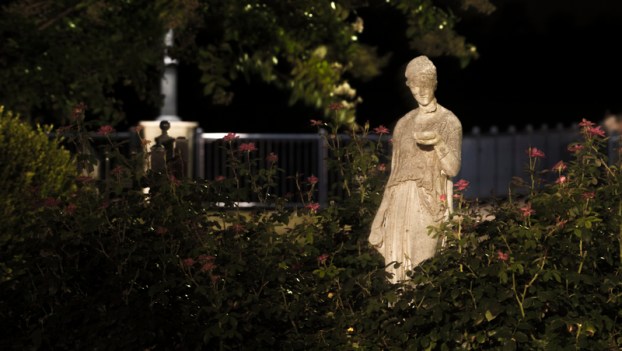 “That’s why we can’t have nice things.”

You or someone you know may have grown up hearing these motherly words in the household, usually after accidently breaking/spilling/destroying something. While these childish mishaps were usually deserving of no more than a sigh and a headshake, willful destruction crossed the line to be classified as bad behavior.

Depending on your upbringing, a spanking, timeout or some other punishment would likely be in order. Like most punitive actions in childhood, these punishments are meant to teach right from wrong, establishing how one should and should not behave in a civilized society.

On Monday evening, a beautiful statue located in downtown Washington was intentionally destroyed by individuals who obviously never learned these lessons. Two individuals, one male and one female, were caught on camera perpetrating the act. In addition to being sought by the Washington Police Department, the suspects also find themselves on the wrong side of the Washington Area Historic Foundation and the Washington Garden Club, two organizations that are not to be crossed.

What could possess one to wantonly destroy an object of such beauty? Why might these two people have decided to tear the statue down? What base and animalistic urges drove the pair to their actions?

Perhaps they were drunk or on drugs. Perhaps they were mad at the world. One can only speculate so much, and regardless of the circumstances, the action is inexcusable, senseless and stupid.

This is not the only instance of vandalism in recent memory in downtown Washington. One glaring example is the recent destruction inflicted on the offices of The Beaufort Observer. That business had its front window broken, not once, but twice this year.

The WAHF is offering a $200 cash reward for information leading to the arrest of those responsible for the statue’s destruction. Since these two are a little too old for a timeout, perhaps a hefty fine and a few days in jail will teach them a lesson about vandalism.

Local government is important. The decisions made at the local level directly impact every resident of a jurisdiction. These local... read more