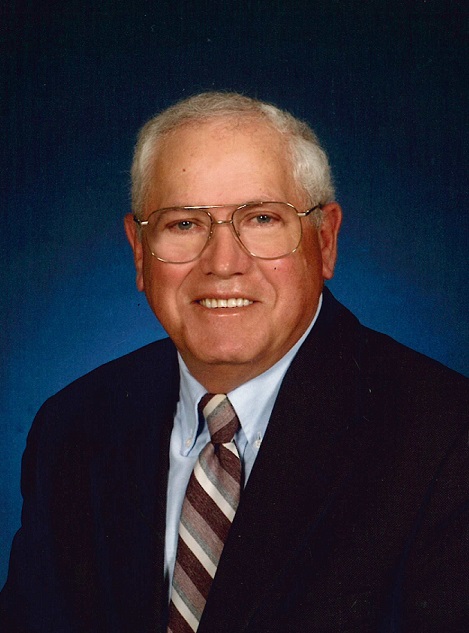 A funeral service will be held 11 a.m. Saturday, May 26, 2018, in the Chapel of Paul Funeral Home & Crematory in Washington, conducted by Rev. Freddie Harris and Pastor Jerry Teboe. Burial will follow in Oakdale Cemetery, Washington.

Mr. Tyson was born to the late Ruby Loftin Tyson and William “Bill” Tyson on July 4, 1940. He graduated from Washington High School in 1959 and from Nashville Auto Diesel College in Nashville, Tennessee, on May 30, 1960. While in Nashville, Mr. Tyson worked as a parking attendant at the Grand Ole Opry to pay his way through school. He joined the Army National Guard in 1961, serving for six years as part of HQHQ and Service Battery 4th Battalion 113th Artillery until 1967. On March 23, 1962, he married the former Carolyn Rose Dixon.

In 1961, Mr. Tyson began as a welder at Hackney and Sons, served as a foreman for over 10 years and then as Plant Superintendent for more than 10 years. In 1993, he was promoted to Engineering Design product manager for the newly created Emergency Vehicle Division. Mr. Tyson held that position until his retirement in 2004 after more than 42 years of service with Hackney and Sons.

Mr. Tyson was a founding member of the Wharton Station Ruritan Club in 1974. He served as treasurer for almost 40 years and was voted Wharton Station Ruritan of the Year on numerous occasions. In 2012, he was presented a plaque for being a charter member. In 2010, Mr. Tyson was presented a plaque for outstanding and dedicated service by the Clarks Neck Volunteer Fire Department as a volunteer fireman and later as a member of the Board of Directors.

In 1976, Mr. Tyson was baptized at Pactolus Baptist Church. Over the next 30+ years, he served in many leadership capacities: Assistant Sunday School Superintendent, Sunday School Secretary/ Treasurer, Deacon, Teacher and Youth Group Leader. Mr. Tyson was a member of the Pactolus Baptist Men’s group, where he took great pleasure in the Baptist Men’s monthly breakfast. He was also a member of the N.C. Baptist Men Disaster Relief that helped rebuild homes impacted by Hurricane Floyd and preparing meals to feed thousands in Mississippi after Hurricane Katrina. In his spare time, he enjoyed fishing, yard work, cooking for his family and friends and growing vegetables in his garden.

In addition to his parents, Mr. Tyson was preceded in death by two brothers, James Tyson and Billy Ray Tyson.

The family will receive friends from 6 p.m. to 8 p.m. Friday, May 25, 2018, at Paul Funeral Home & Crematory in Washington and other times at his home.

Paul Funeral Home & Crematory in Washington is honored to serve the Tyson family.