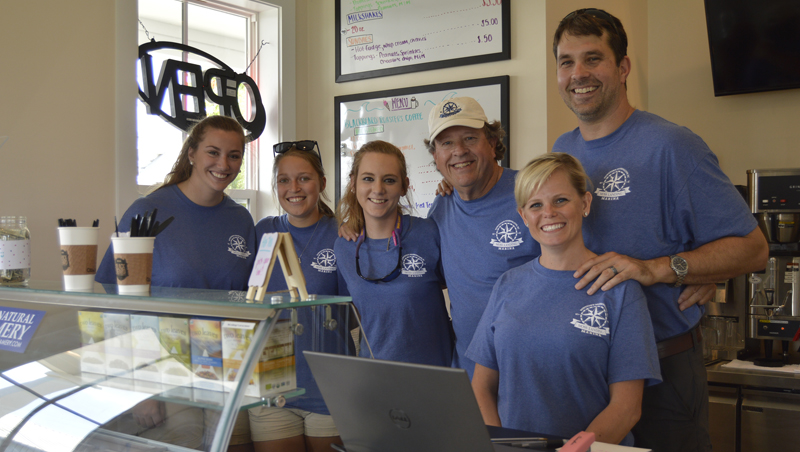 With 52 boat slips lining the Washington boardwalk, Moss Landing Marina is a well-established piece of the city’s waterfront, and entering the summer of 2018, the business now has much more to offer boaters and the general public.

The Marina’s offices, situated in a three-story building on the western end of the boardwalk, now contain a newly opened ice cream and coffee shop by the name of Sweet Things. The shop, which opened its doors for the first time on Friday, offers ice cream, milkshakes, sundaes and coffee drinks, both hot and cold.

“Having been to some different marinas, we felt like this would be something nice for our boaters and for people who want to come and sit down and watch the boats,” Marina co-owner Austin Smithwick said.

Both the ice cream and the coffee served at Sweet Things are purchased locally, with coffee coming from Blackbeard’s Coffee in Greenville and ice cream from Simply Natural Creamery in Ayden. The marina is also seeking to include baked goods sourced locally in Washington.

“Our plan was to have partners that were from eastern North Carolina,” Smithwick said.

With an eye towards serving the boating community, the marina has also expanded its boating store, which now fills a good portion of the ground floor. Stocked with ice, snacks, beverages, boat parts and boating accessories, the store provides everything one needs to enjoy a day out on the water. The store is in the process of obtaining permits to sell beer as well. 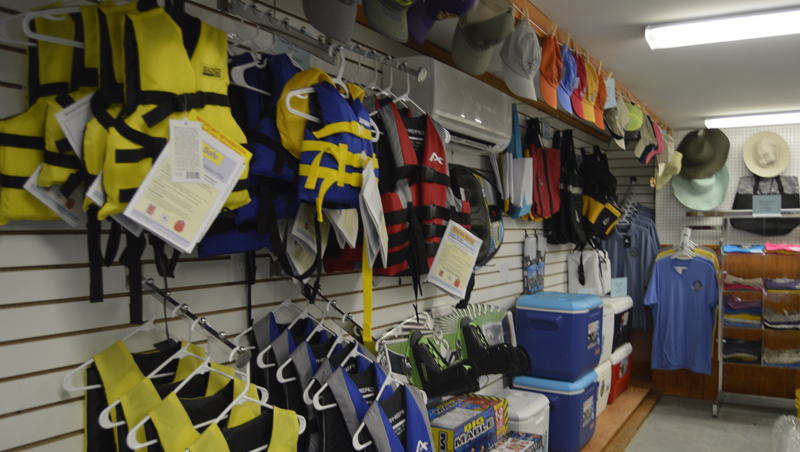 WELL STOCKED: This summer, Moss Landing Marina has greatly expanded its ship’s store, offering everything boaters need for a day on the water. (Matt Debnam/Daily News)

“We did a little ship’s store upstairs on a trial basis last year and didn’t have enough room to really do anything,” Marina co-owner Terry Smithwick said. “We knew we needed to expand it. Now we’re doing boat rentals, so we run the boat, kayak and paddle board rentals out of here.”

To make the store accessible to the general public, the marina has devoted two slips for public docking, allowing boaters to come off the water and go shopping. Just as easy to visit from land, the upper deck outside of Sweet Things is a shady, breezy spot to watch the world go by as one enjoys a scoop of ice cream.

On the third story of the building, individuals interested in purchasing a boat can work with the Park Boat Company or yacht broker David Norwood to find the boat of their dreams. Once established at the marina, boaters can enjoy the captain’s club, an air-conditioned lounge on the third floor, complete with comfortable couches and a television. As an added benefit of joining the captain’s club, boaters can enjoy free bike rentals and all the amenities needed for a day of boating.

“We’ve got a nice space down here, so we tried to figure out what could work,” Austin Smithwick said.

For more information on the marina and its offerings, visit www.mosslandingmarina.com or call 252-623-1314.