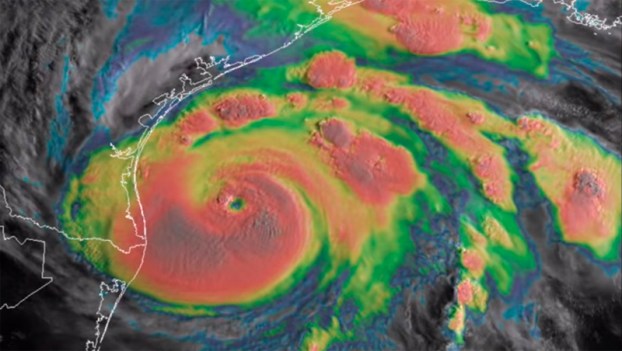 Forecasters predict a near- or above-normal 2018 Atlantic hurricane season

The National Oceanic and Atmospheric Administration Climate Prediction Center is forecasting a 75-percent chance that the 2018 Atlantic hurricane season will be near- or above-normal.

“With the advances made in hardware and computing over the course of the last year, the ability of NOAA scientists to both predict the path of storms and warn Americans who may find themselves in harm’s way is unprecedented,” said Secretary of Commerce Wilbur Ross. “The devastating hurricane season of 2017 demonstrated the necessity for prompt and accurate hurricane forecasts.”

The possibility of a weak El Nino developing, along with near-average sea surface temperatures across the tropical Atlantic Ocean and Caribbean Sea, are two of the factors driving this outlook. These factors are set upon a backdrop of atmospheric and oceanic conditions that are conducive to hurricane development and have been producing stronger Atlantic hurricane seasons since 1995.

“NOAA’s observational and modeling enhancements for the 2018 season put us on the path to deliver the world’s best regional and global weather models,” said Neil Jacobs, Ph.D., assistant secretary of commerce for environmental observation and prediction. “These upgrades are key to improving hurricane track and intensity forecasts, allowing NOAA to deliver the best science and service to the nation.”

NOAA’s suite of sophisticated technologies — from next-generation models and satellite data to new and improved forecast and graphical products — enable decision makers and the general public to take action before, during and after hurricanes, helping to build a more “Weather-Ready Nation.” New tools available this year to assist in hurricane forecasts and communications include:

NOAA’s fleet of earth-observing satellites is more robust than ever with the successful launch fo the GOES-17 satellite in March. This satellite, along with the GOES-16 satellite — now GOES-East — contribute to a comprehensive picture of weather throughout the Western Hemisphere, allowing forecasters to observe storms as they develop.

The new polar-orbiting satellite, NOAA-20 will join the NOAA/NASA Suomi NPP satellite and use a suite of sophisticated instruments to gather high-resolution data from around the globe to feed NOAA’s weather models, driving the three to seven day weather forecast that is critical to preparedness and effective evacuations.

The National Weather Service will run a version of the Global Forecast System (called FV3 GFS) with a new dynamic core alongside the current GFS model — often referred to as the American model — during the 2018 season. This will mark the first dynamic core upgrade to NOAA’s flagship weather model in more than 35 years, representing the first step in re-engineering NOAA’s models to provide the best possible science-based predictions for the nation.

NOAA’s hurricane-specific model — the Hurricane Weather Research and Forecast system — will be upgraded to offer greater resolution than ever before, increasing model resolution from 1.2 miles to 0.9 miles near the center of a storm. Additionally, the Hurricanes in a Multi-scale ocean coupled Non-hydrostatic model was first implemented in 2017 and will undergo upgrades for the 2018 season to include greater resolution, new physics and coupling with ocean models.

NOAA’s National Hurricane Center will make the Arrival Time of Tropical-Storm-Force Winds graphics operational for this hurricane season. One graphic displays the “earliest reasonable” arrival time of tropical-storm-force winds, at which point further preparedness activities could be hindered. A second graphic displays the “most-likely” arrival time of tropical-storm-force winds.

“Preparing ahead of a disaster is the responsibility of all levels of government, the private sector and the public,” said acting FEMA Deputy Administrator Daniel Kaniewski. “It only takes one storm to devastate a community, so now is the time to prepare. Do you have adequate insurance, including flood insurance? Does your family have a communication and evacuation plan? Stay tuned to your local news and download the FEMA app to get alerts, and make sure you heed any warnings issued by local officials.”

NOAA will update the 2018 Atlantic seasonal outlook in early August, just prior to the peak of the season.

Washington’s Planning Board, during its meeting last week, unanimously approved proposed ordinances, one dealing with the differences between therapeutic massage... read more