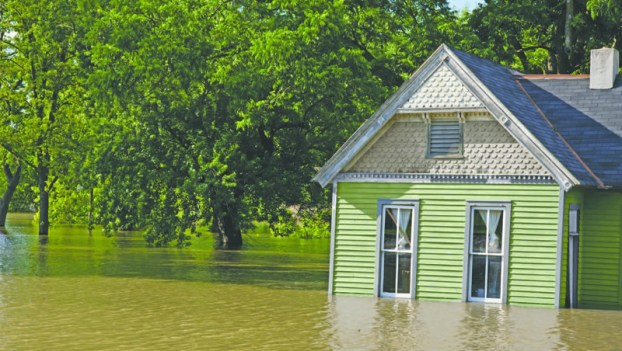 The Atlantic hurricane season begins Friday, bringing with it the possibility of flooding in eastern North Carolina if tropical storms and hurricanes drench the region with heavy rainfall.

Such flooding could result in major damage, which likely would not be covered by homeowners’ insurance policies. To offer property owners protection from damage caused by flooding, the City of Washington participates in the National Flood Insurance Program.

Property owners in Washington and Washington Park qualify for a reduction in flood-insurance premiums because the municipalities participate in the Community Rating System program. CRS is a voluntary program that recognizes communities for implementing floodplain management practices that exceed minimum NFIP requirements related to providing protection from flooding. NFIP is administered by the Federal Emergency Management Agency.

Beaufort County does not participate in the NFIP’s Community Rating System. No other municipalities in the county participate in the CRS program, meaning property owners in those towns who buy flood insurance do not receive discounts on their premiums, which vary based on several factors, including coverage amounts.

The maximum discount under the CRS program is 45 percent.

The city is committed to lower its CRS rating with several methods, said John Rodman, the city’s director of community and cultural services. “The first thing is to have a floodplain manager who can guide all those things, which we do. I don’t think the county has one, so that gives us a step up. We have somebody who’s knowledgeable, been to class and been certified. He knows that procedures to follow,” Rodman said.

Rodman said that each year the city sends notices that provide information about flooding, flood policy, flood-insurance rate maps and other relevant data to property owners in the city limits and the city’s extra-territorial jurisdiction (areas outside the city limits where city zoning rules and building codes apply). “We do send out mailings every year so everyone is aware.”

Allen Pittman, the city’s interim chief building inspector and floodplain manager, said flood-insurance premiums in North Carolina vary because of factors such as a house’s location in or near a floodplain. In Washington, the average annual policyholder is about $735, according to Pittman. The average flood-insurance premium in North Carolina is $370 a year, according to information from the N.C. Department of Public Safety.

The following municipalities, though not in the CRS program, have flood-insurance policyholders: Aurora, 34; Bath, 89; Belhaven, 454; Chocowinity, 1; Pantego, 13; Washington Park, 129.

There are 2,256 policyholders in Beaufort County who do not live in a municipality.

For additional information about the National Flood Insurance Program, visit www.floodsmart.gov or call 1-888-379-9531.

It was a night filled with laughter, tears and contemplation as the Class of 2018 graduated from Beaufort County Early... read more