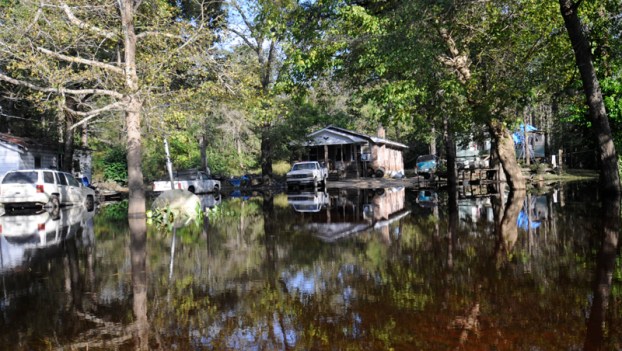 Living on the coast or in the coastal plain of North Carolina has its advantages and its disadvantages.

One advantage is easy access to beaches, bays and estuaries. One disadvantage is property damage caused by flooding from tropical storms and hurricanes. In 2016, Hurricane Matthew caused an estimated $1.5 billion in damage in the Old North State. Some residential structures damaged by that hurricane have yet to be repaired or replaced.

To help its property owners who buy flood insurance — usually a homeowners insurance policy does not cover flooding — to protect their properties, the City of Washington participates in the National Flood Insurance Program’s Community Rating System. The lower the numerical score a CRS participant receives, the more of a discount flood-insurance policyholders received on their premiums. Currently, Washington’s CRS rating is 7, which translates into a 15-percent discount for policyholders. The city is working to lower its rating to 6, which would result in a 20-percent discount.

Several years ago, the city adopted a regional flood mitigation plan, a step that helps in the effort to lower its CRS rating. The city’s last five-year review cycle came up in late 2017, and if the city implemented enough new flood-related policies and programs, it could receive a lower CRS score, which would mean lower flood insurance premiums for city property owners.

In 2012, Washington was recognized for operating a top-notch floodplain-management program. Washington residents, considering where the live, have some of the lowest flood-insurance premiums in North Carolina.

Participation in a certified plan is required for the receipt of annual FEMA grants and public-assistance funding in the aftermath of a declared natural disaster such as a hurricane or tornado.

The city’s willingness to be part of such a plan to help its property owners is more than just a sensible philosophy, it’s worthy of commendation.

To the graduates — consider your options

By this time next month, more than 470 of Beaufort County’s youngest residents will have received their high school diploma.... read more