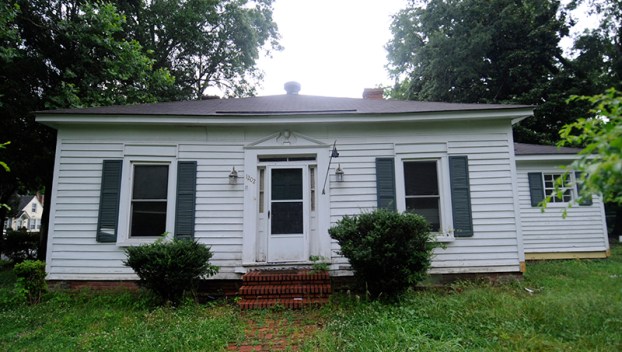 CIRCA 1895: Modern alterations conceal this Bonner Street home’s 1895 origins, but if one looks close enough, they can still be found in architectural details such as the pyramidal roof and two interior chimneys. (Vail Stewart Rumley/Daily News)

Hints of one of Washington’s earliest suburbs remain

In 1895, the town of Washington was growing. In the decade between 1880 and 1890, the population grew by 44 percent, from 2,462 to 3,545 people, and the trend would continue for the next 70 years. With more people came more need for more housing. Washington was expanding, flexing its town limits, and its first suburbs began to dot the previously wooded landscape.

In 1893, the land north of Washington, just East of Market Street between present-day Sixth and Ninth streets, was platted in grid format and given the name of Nicholsonville, according to the National Register of Historic Places. One Washington resident, a man by the name of Dr. Samuel T. Nicholson, was one who understood the demand for more housing and recognized the profit to be made from development and renting. It wasn’t the only motivation for Nicholson, however. The NRHP study states, “he also was dedicated to community building for the betterment of all citizens,” and encouraged investors of manufacturing and business companies cropping up on neighboring Market Street to build housing nearby for their workers. 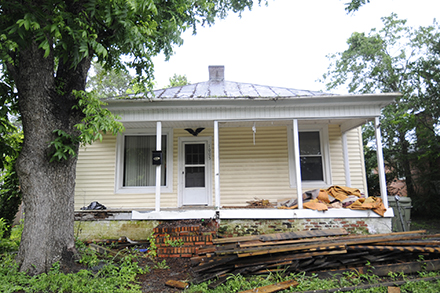 CIRCA 1910: The pyramidal roof and its central interior chimney of this Bonner Street home sets it apart from its neighbors. (Vail Stewart Rumley/Daily News)

Washington had no shortage of lumber — its waterfront was comprised of several lumber and planing mills. It also had no shortage of labor, and modest one- and two-story houses began to populate what was once a combination of open farmland and woodland.

Likely one of the first houses built in the new neighborhood, and likely predating the development, is located at 1202 N. Bonner St. Built in 1895, it reflects the architectural style of the day: frame houses with hip or pyramidal roofs. These homes were simple, late Victorian-style, weatherboard, with simple woodwork in the door and window surrounds. This home, which is currently listed by Coldwell Banker Coastal Rivers Realty, features a central hall and two interior chimneys that served back-to-back rooms, according to the study. At some point over its lifetime, the front porch was removed and a Colonial Revival-style broken pediment entrance was added. 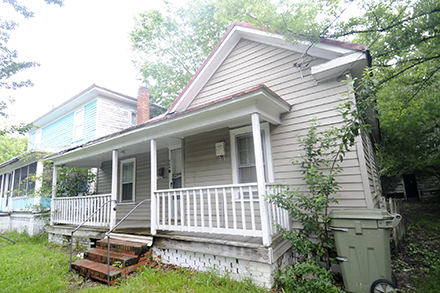 CIRCA 1905: The Major Franklin Roscoe House is one of the earliest dwellings built on the original Bonner Street. (Vail Stewart Rumley/Daily News)

Two blocks down is another early Nicholsonville home, believed to have been built in 1910, perhaps one of Nicholson’s first spec houses in the second expansion of the neighborhood in 1896. It’s original details are apparent in the hip roof — a roof in which all sides slope down toward the exterior walls — and central chimney.

Further down Bonner Street is the Major Franklin Roscoe House, built in 1905. Roscoe was a carpenter and built the home for himself at 604 N. Bonner St. and a spec home next door at 602 N. Bonner St. This home also features the popular hip roof, a porch and a rear workshop that was likely constructed as a separate garage in the 1940s.

Each of these homes was built to accommodate a growing Washington; each appear to be unoccupied today. Later, the area would be defined by other styles — Colonial, Classical, Mission and American Craftsman — but in the details of the construction of these modest homes is the original neighborhood, and what defines the North Market Street historic district today. 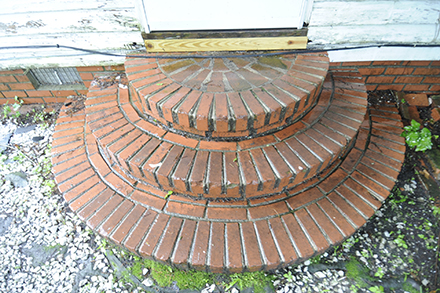 IN THE DETAILS: These semi-circle brick steps leading to the kitchen entrance of this North Bonner Street home evoke its 1895 construction. (Vail Stewart Rumley/Daily News)

An increase in the number of trees being removed in Washington’s Historic District is being noticed by the Historic Preservation... read more