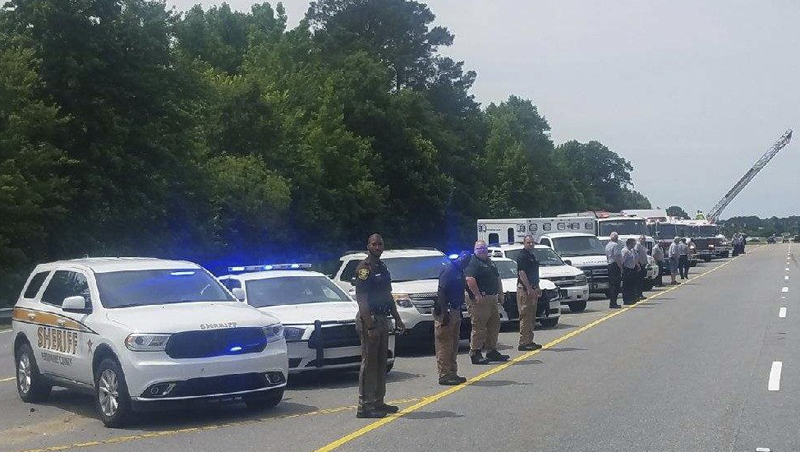 TRIBUTE: Members of the Perquimans County Sheriff’s Office and other first-responders line the highway to honor Engelhard Fire & Rescue Chief Tony Spencer as his body is escorted back to Hyde County from Norfolk, Virginia, where he died Sunday after suffering a heart attack after a hose-certification class May 31. (Engelhard Fire and Rescue)

Hyde County has lost one of its dedicated public servants with the death of Tony Spencer III, 51, chief of Engelhard Fire & Rescue, from a heart attack after participating in hose-certification classes May 31, dying Sunday at the Norfolk Medical Center in Norfolk, Virginia on Sunday.

The heart attack occurred at his home about 1:30 a.m. Friday, according to several sources. On Tuesday, several fire engines and law-enforcement vehicles went to Norfolk to bring Spencer’s body to Hyde County.

Spencer’s funeral will be conducted at 11 a.m. Friday at the Engelhard Fire & Rescue headquarters in Engelhard, with burial following in Fulford Cemetery.

Spencer served Hyde County’s residents and communities in several roles for more than 30 years, including a stint as the county’s emergency-services director. 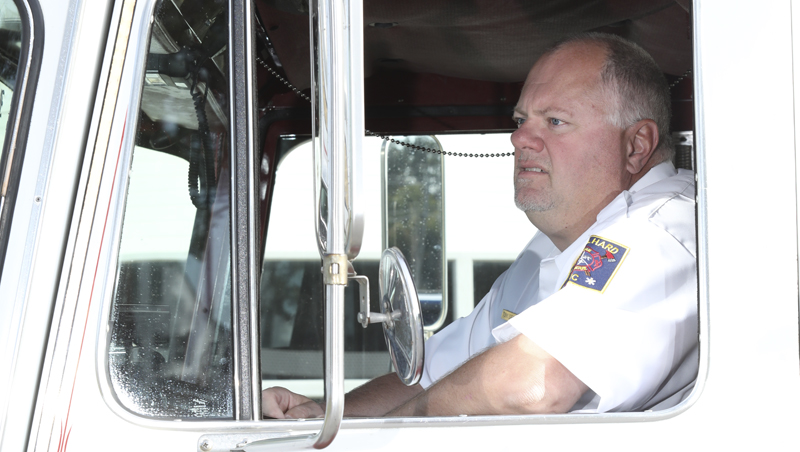 “Tony had served as the Fire Chief for the Engelhard VFD on at least two occasions, but he had also volunteered with the Ocracoke VFD and another fire department in Carteret County. He had even served as Hyde County’s Emergency Management Officer at one time,” wrote Jeffrey Stotesberry, chief of the Swan Quarter Volunteer Fire Department, in an email. “He lived and breathed all aspects of emergency management and was very knowledgeable in his field, even working with the Pentagon in recent years. He had extensive training, and in turn, was always willing to help train others. He will be missed!”

Margie Brooks, past executive director of the Hyde County Chamber of Commerce and chairwoman of the board of the Hyde County Community Development Corp, wrote this email: “Hyde County was ill-prepared for the devastation of Hurricane Floyd in 1999. There was no working Disaster Plan and recovery was a very slow process. Tony was hired as Hyde County’s Emergency Management Officer shortly thereafter and what I remember best is that he quickly set about developing a Disaster Plan for the county. It wasn’t just a plan that sat on a shelf gathering dust, but was designed so that everyone in County Government had a role, as did the local volunteer fire departments, the NC Forestry Service, the American Red Cross, the Salvation Army, and many more organizations and volunteers. Meetings were held on a regular basis and the plan was fine-tuned. Everyone knew their part as well as those of other departments and organizations. Four years later when Hurricane Isabel hit with even more damage than Floyd, the county was much better prepared. This alone was a great accomplishment by Tony, but by no means his only achievement a stellar career.”

TV programs about Hyde County stream around the world