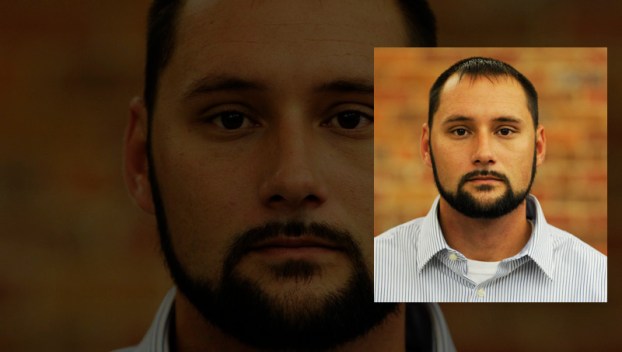 CHOCOWINITY — Chocowinity Town Commissioner John Curtis Jenkins Jr. will be held without bond until his next court appearance, following his latest run-in with the law Thursday.

Jenkins surrendered to the Beaufort County Sheriff’s Office on Friday afternoon after fleeing from BCSO deputies who were attempting to serve a Pitt County warrant for stalking charges Thursday evening.

According to BCSO Lt. Jim Vanlandingham, Jenkins fled the scene, losing deputies in the woods nearby. In fleeing the authorities, a second warrant was issued for Jenkins’ arrest on charges of resisting arrest.

“They searched for a period of time and were unable to locate him,” Vanlandingham said.

According to Vanlandingham, Jenkins surrendered at approximately 2:30 p.m. Friday, at which time he was transferred to the Pitt County Detention Center to await his first appearance in court. Pursuant to a motion from the office of District Attorney Seth Edwards, Jenkins’ bond has been revoked for the cases pending in Beaufort County District Court.

The flight from justice on Thursday night is not the first for Jenkins. In May, he eluded authorities for more than a week as he was sought for charges of kidnapping and felony assault. Jenkins turned himself into authorities on May 14, and was held in the Beaufort County Detention Facility on a $500,000 bond.

According to the North Carolina Court System website, Jenkins currently has three scheduled court dates, two in Beaufort County and one in Pitt County.

On June 12, Jenkins is scheduled to appear in Beaufort County Superior Court for felony assault with a deadly weapon inflicting serious injury.

On July 11, Jenkins is on the docket in Pitt County District Court to answer for charges including felony assault by strangulation, felony second degree kidnapping, assault inflicting serious injury in the presence of a minor, misdemeanor assault on a child under 12, interfering with emergency communications and misdemeanor second degree trespassing.

On July 19, Jenkins is scheduled to appear in Beaufort County District Court to face charges of felony assault by strangulation and felony second-degree kidnapping.

PINETOWN — The Beaufort County Sheriff’s Office is seeking information on the whereabouts of a pair of suspects believed to... read more