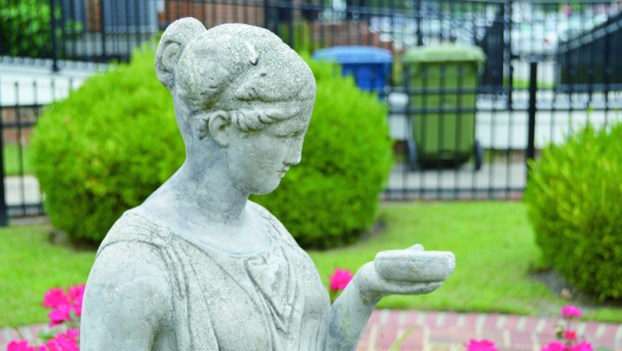 STATUE RESTORED: A statue at the center of Harding Square stands restored to its former beauty after being repaired by sculptor Alan Weaver. The statue was damaged by vandals in May. (Matt Debnam/Daily News)

One of Washington’s most colorful public spaces, Harding Square is a frequently travelled piece of real estate on the waterfront. With its beautiful flowers, its gorgeous statue and benches for relaxation, the square makes an idyllic setting for a leisurely stroll.

Named for local personality Edmund Hoyt Harding, the space today is carefully tended through the combined efforts of the Washington Garden Club, the Washington Area Historic Foundation and the City of Washington. Like many places in the city, the space has seen an ebb and flow in its upkeep.

While the public garden was landscaped in the 1960s, it fell into a state of disrepair over the years. In the past decade, the area has seen something of a renaissance. Adopted by the Washington Garden Club and the Washington Historical Foundation, the area can now be enjoyed year round, with something blooming in every season but winter. 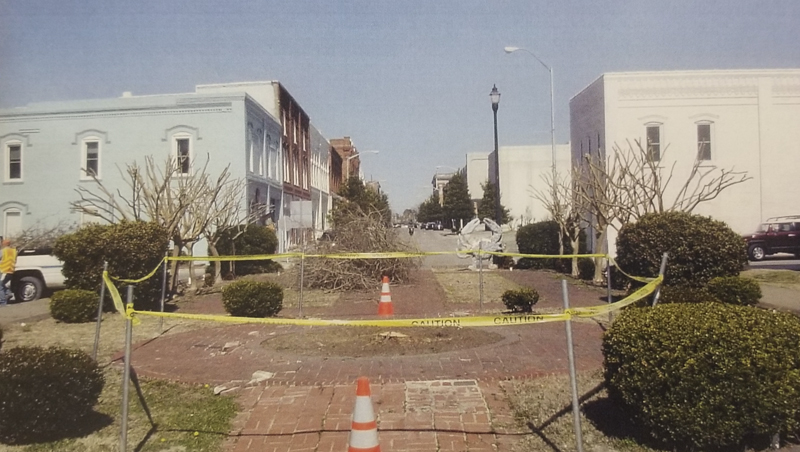 BEFORE: Harding Square has come a long way from its state of disrepair in 2010. (Washington Garden Club) 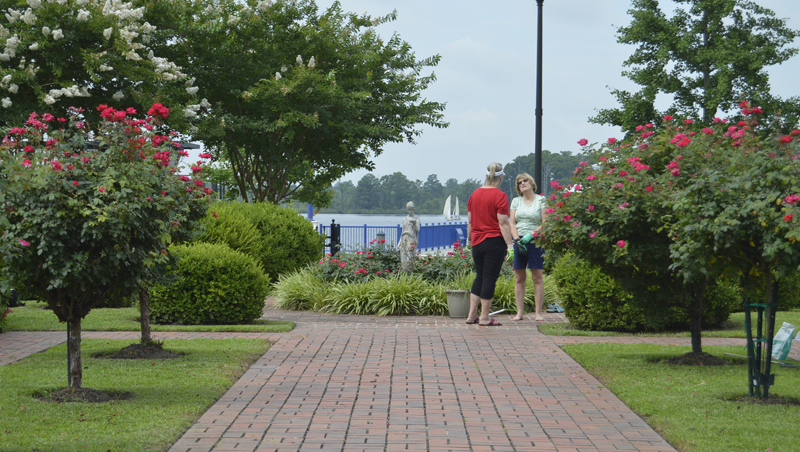 AFTER: Today, under the care of the Washington Area Historic Foundation and Washington Garden Club, the garden at Harding Square is thriving. (Matt Debnam/Daily News)

The Garden Club and WAHF took over management of the garden beginning in 2010, after obtaining the blessing of the Washington City Council to create an inviting space at the location.

With direction from the civic beautification committee of the garden club, the group determined the types of shrubs and flowers to be used in the garden. The council provided funding to remove an arborvitae tree and replace the bricks in the circular walkway at the garden’s center. While the Washington Garden Club contributed $1,000 towards the project, the WHG contributed $3,000. 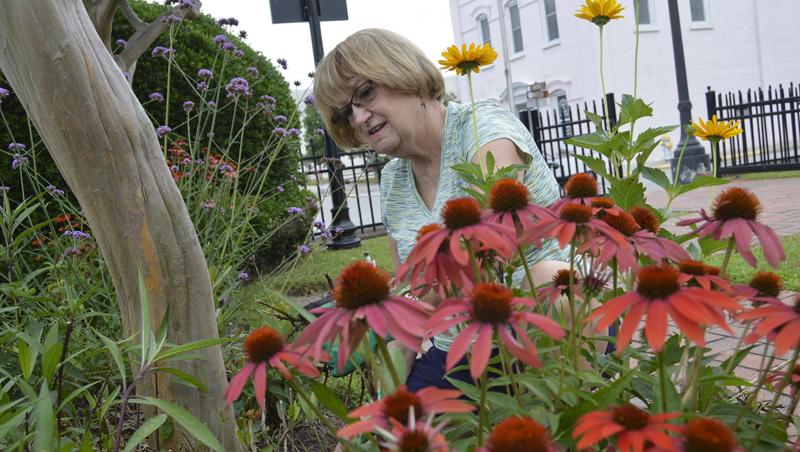 DIGGING IN THE DIRT: Margaret McEwen prepares the soil for a new addition. (Matt Debnam/Daily News)

The knockout rose trees lining the walkway were donated by private citizens. In 2012, the project was completed with an ornamental fence funded by the WAHF, the Washington Garden Club, Washington Parks and Recreation and the citizens of Washington. Benches provided the town’s citizens a place to rest and reflect in the tranquil garden. Members of both clubs work to maintain the garden on a weekly basis.

“Preservation is not just about structure,” WAHF and Garden Club member Dee Congleton said. “It’s also about landscape areas. This garden is in honor of Edmond Harding, who was a noted preservationist himself.” 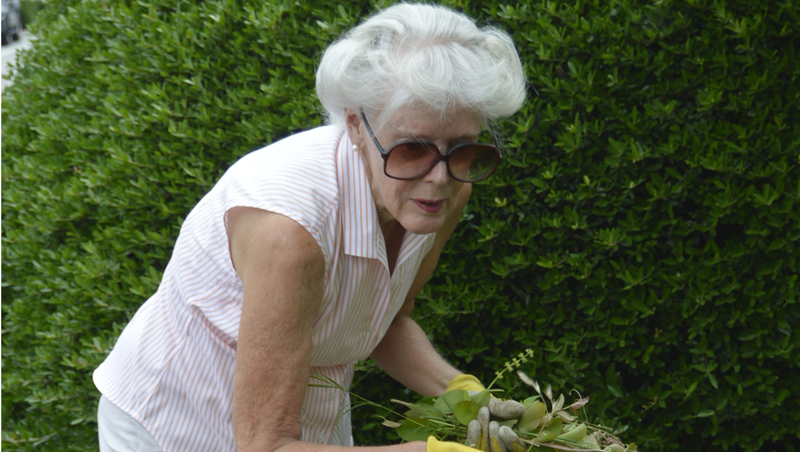 This time of year, visitors to Harding Square can enjoy Mexican Petunias, lantana, roses, coneflowers, salvia, heliopsis, Queen Anne’s lace and verbena on a stick. Fall brings the blooming of the spider lilies, and spring is the perfect time to enjoy the garden’s daffodils and primroses. 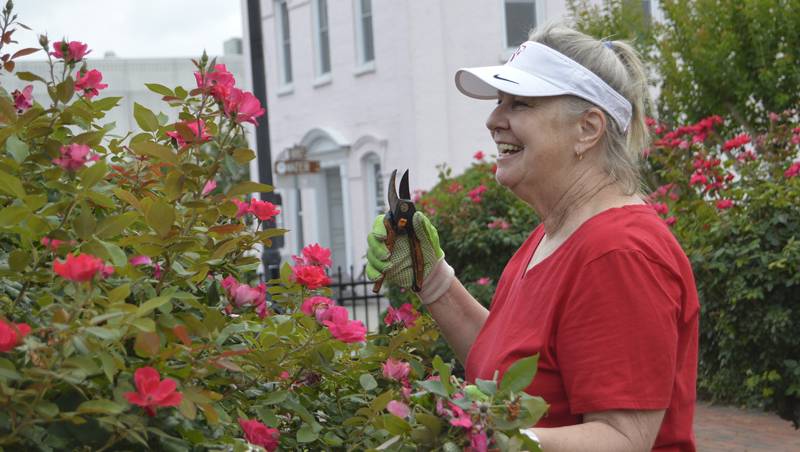 “I think that people appreciate it, even if they don’t say so,” Garden Club member Margaret Mcewan said. “It’s just one more thing that makes Washington special.”

Havens Gardens will be alive with activity this Saturday, as the Washington Police Department hosts its annual Community Fun Day.... read more