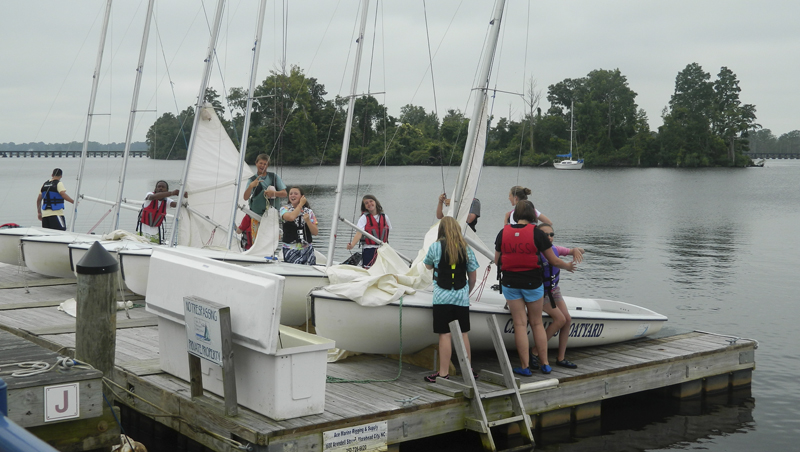 Those small, sailboats — sails filled with a summer breeze — on the Pamlico River off the Washington waterfront are more than just a sight to enjoy. Those sailboats, manned by children, are a visible sign of the importance of the Little Washington Sailing School.

They’re important because they are tools being used to teach youngsters sailing skills, teamwork, self-reliance and history. Sailing has been an important commercial and recreational aspect of Washington and Beaufort County for years and years. Once, sailing ships transported goods to and from Washington. These days, recreational sailing and the sailing school are parts of the area’s economy.

Washington and its surrounding areas are beneficiaries of the sailing school’s effect on the local economy. The sailing students and their families spend money in local restaurants and shops, increasing their revenues. That generates sales-tax revenue for the local governments.

The sailing school buys services and supplies from local merchants, who benefit from those expenditures.

The sailing school’s summer activity is as much of the city’s fabric as the Summer Festival, Smoke on the Water and BoCo Music Festival. The billowing sails of the sailboats advertise that Washington’s waterfront remains one of the city’s greatest assets, if not its greatest asset.

The sailing school is in its 10th season, proof that it is a success.

Kevin Clancy, director of the sailing school, had this to say in a recent interview: “We’re trying to pass forward what was passed to us by our parents and grandparents. Sailing is what brought people here in the beginning. It just has deep roots. It doesn’t require anything fancy. There’s no motor or gasoline; it’s just the wind, how to harness that and make your vessel go where you want it to.”

‘Someone should do something about that’