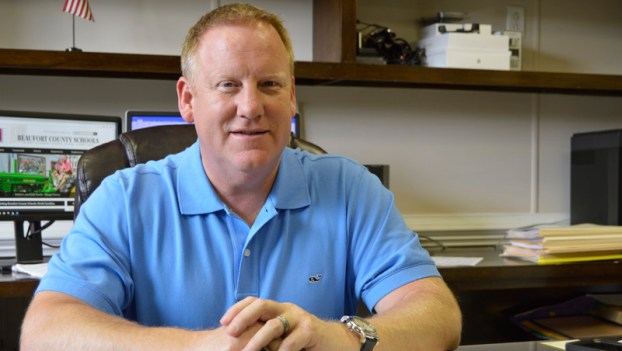 Early on in his professional career, Dr. Don Phipps knew that he wanted to be a superintendent. Eight years ago, when he came to Beaufort County to take the reins of Beaufort County Schools, he fulfilled that aspiration.

At the end of the month, Phipps will begin the next chapter of his career as superintendent at Caldwell County Schools.

‘Experiences I needed to have’

Prior to taking on the role of superintendent at BCS, Phipps’ career encompassed a wide variety of positions, each of which helped prepare him to lead at BCS. Fresh out of college, he began his career as a school psychologist; cutting his teeth serving the mental health needs of students in Cumberland County.

After receiving his doctorate from Appalachian State, Phipps took on a position in research and development at the Partnership for Children of Cumberland County. It was there that he learned grant writing and the power of networking for the common good.

As a department head at Pfeifer University, where he led the Department of Computer Science, Phipps received his first taste of curriculum and administration. Returning to Cumberland County, he took on an assistant principal position. Ultimately, he worked to become a principal and then executive director of student services, the same department where he started his career.

“Those were experiences I needed to have,” Phipps said. “All of those things give you tools to put in a toolbox to be effective in terms of what you’re doing.”

Two of the most challenging aspects of the new job, school finance and school law offered steep learning curves for the new superintendent. From these aspects to jargon-laden areas such as testing, Phipps says that he has always tried to communicate issues to the public in digestible terms. 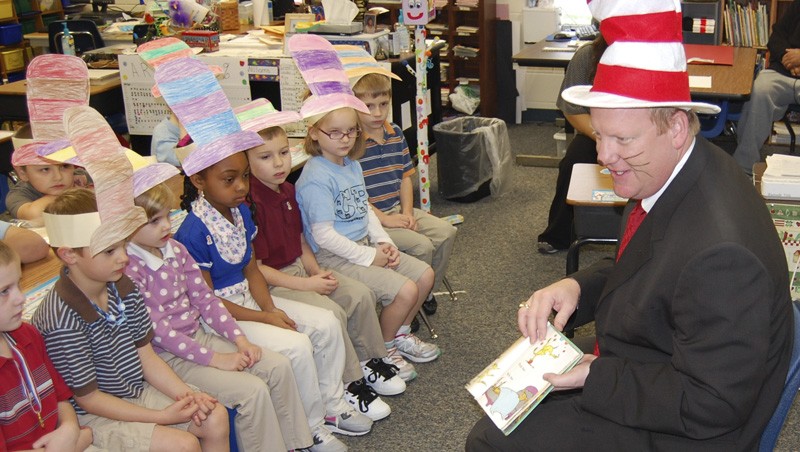 AMONG THE CHILDREN: Outgoing BCS Superintendent Dr. Don Phipps celebrates literacy with a group of kids during his tenure. (Daily News)

Bringing in the community

Looking back on his eight years at the helm of Beaufort County Schools, Phipps is modest in taking credit for the school system’s improvements. Rather, he says that the things accomplished during his time there have only been possible through community partnerships with a variety of local organizations.

From bringing in parents and stakeholders on important conversations, to serving on boards and committees, Phipps says that engaging the community as a whole has been, and will continue to be, critical to the school system’s success. Connecting dots between all the parties that care about children and education, networking has made all the difference.

“The school system cannot be successful doing the work it has to do alone,” Phipps said. “We have to leverage resources within the community and financial resources in other places. We’re only going to be successful to the extent that we are able to collaborate with others that kind of have the same mission.”

In addition to providing for the academic needs of students, Phipps encourages the continuation of partnerships that provide for non-academic needs as well. From complex issues such as mental health to ensuring that no student goes hungry, the outgoing superintendent sees the fulfillment of these needs as crucial.

While Phipps will leave the school system better than he found it, he also acknowledges the challenges ahead. From easy access to transportation for students throughout Beaufort County to declining population, enrollment and state funding, there is still work to be done.

“It’s really about communities,” Phipps said. “There’s nothing we do that is done in isolation, and I think the earlier you recognize that and the more willing you are to realize you cant do things alone, the better off we will be. It’s been a wonderful community to be in.”

In his time at the helm of BCS, Phipps has attempted, through a pattern of servant leadership, to help build a school system of which Beaufort County can be proud.

If you believe heat waves that come to the Carolinas have their origins farther south, you would be somewhat correct,... read more