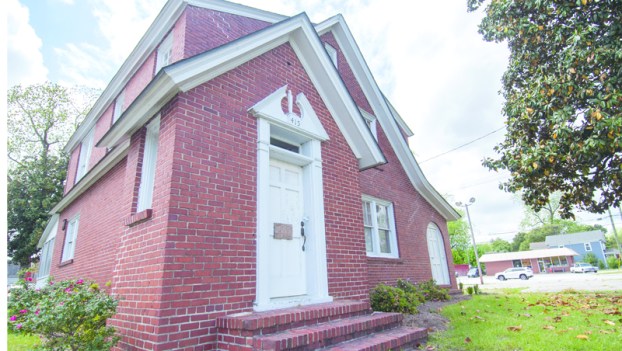 In an effort to save the former Carter house next to Brown Library from demolition, Washington’s City Council authorized city staff to have the house appraised and used the appraised value as a starting point to sell the house.

The council made that decision during its meeting Monday. Once provided with that value, Preservation North Carolina would begin looking for a buyer for the house.

The city paid $80,000 for the house, with the intent to demolish to accommodate expansion of the library, but there was a public outcry to save the house from the wrecking ball. At least one council member doesn’t believe the house in its current condition is worth $80,000.

“I don’t think what we paid would be a reasonable price since so much has been removed from the house already,” Councilwoman Virginia Finnerty said.

City Manager Bobby Roberson said in addition to determining how much to sell the house for, there are other considerations regarding the sale of the house. “The other thing which I think is critical on this is you might want to specify what the property can be used for,” he said.

“In the commercial district, you’ve got 160 uses, and I think we need to work with the library board and say, if in fact we go out (looking for buyers), this are kind of uses we need to put in the structure,” Roberson said. “I can bring you back a price, if that’s what you’re looking for.”

“I think just get the ball rolling, price and the possible uses,” Finnerty said.

Councilman Roland Wyman added, “We do pretty much have to disregard the cash we paid for it because we were prepared to give that up to knock it down. It’s really a question of what the market will bear.”

“I think that decision’s already been made, if we’re calling ourselves a historic town — we are marking it that way, promoting it, advertising it that way. That commitment’s already been made,” Finnerty said, adding that continued demolition of historic buildings in the Historic District could adversely affect the future status of the Historic District.

Wyman said finding someone to buy the house and move it to another location would save the house and provide room for the library to expand. “The library doesn’t have firm plans yet. … There’s been no engineering on we need this space or square footage. … My feeling is that, from what I can see, the library has options other than using that spot (house site). It’s hard to say at this point,” he said.

Finnerty said: “Am I the only one who sees a contradiction of us having a Historic Preservation Commission and then turning around and tearing down buildings? That is ridiculous. Why should anyone preserve if we, the city, is going to tear down?”

Mercer asked Finnerty how many buildings the city has torn down. She said the city has demolished “a ton” of buildings. Mercer asked for an example. Finnerty mention the De Mille house, where Cecil B. De Mille once lived. Mercer said that house was torn down in the 1950s by its owner. “That’s not my understanding,” Finnerty said.

“The city didn’t tear it down,” Mercer and Mayor Mac Hodges replied at the same time.

Wyman said if the buyer of the house develop plans to use the house in a novel way that the city find attractive, “we’d be motivated to design plans for the library that worked around” the proposed use of the house.

Wyman said he believes saving the house and finding a use for it and expansion of the library can co-exist. “Wouldn’t it be great if years from now somebody’s put that building to great use and the library is expanded somehow in some direction. I think we need to explore that.”

Cruising prohibited on some city streets

Vehicle cruising is now prohibited in certain areas of Washington — all of Stewart Parkway and the section of Water... read more