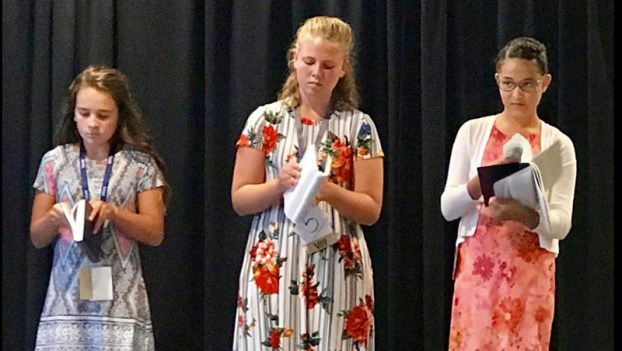 HEALTHY COMPETITION: First Free Will Baptist youth Victoria Diaz, right, participates in the Bible Sword Drill competition. The objective is to be the fastest to locate any given book of the Bible. (Darren Walker)

LITTLE ROCK, AR —While there’s nothing quite like the comfort and familiarity of one’s home congregation, participating in an event such as a national conference can offer the faithful a new perspective on their denomination.

This week, that’s what’s happening for one group of 25 from Washington’s First Free Will Baptist Church as they participate in the 82nd-annual Association of Free Baptists in Little Rock, Arkansas, this week.

Setting out from Washington late last week, the group is participating alongside 6,000 others during the weeklong event. While the adult events include seminars and denominational business, for the young people, the day is filled with activity and competitions, from Bible memorization and recitation to vocal and string performances.

“This is trying to train kids to use the talents that God has given them in some type of ministry aspect,” Washington FFWBC Youth Minister Darren Walker said. “It can be any type of thing.”

One of the messages Walker wants his students to take home is that no matter one’s talents, any gift can be used to glorify God. While some students from Washington FFWBC shared gifts of music, others shared artwork such as clay sculpture, photography, mixed-media creations and even book reviews. 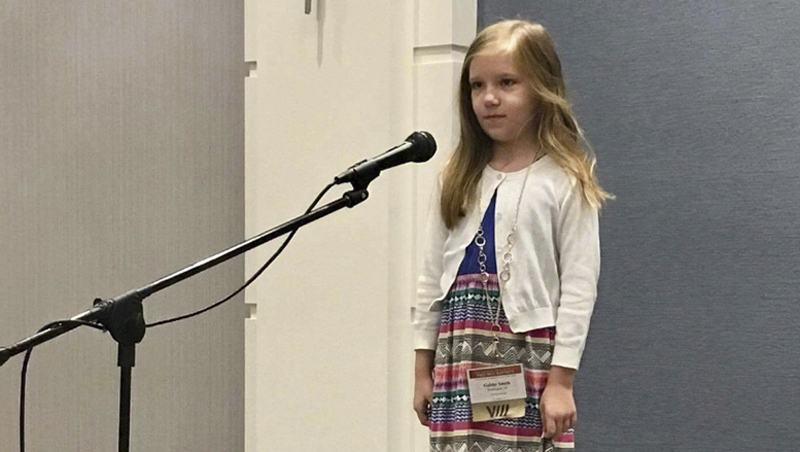 In all, Walker says the conference is an opportunity to introduce his youth to the greater faith community as a whole, giving them a sense of unity with their fellow believers.

“It lets them know that they are not the only ones that believe or think the way that they do,” Walker said. “It expands their worldview and makes connections that they can have with people who live in different places.”

While the students will learn the results of their respective competitions tonight, they will continue practicing their skills when they return to Washington, all with hopes of competing again next year.

“It’s in a different city each year,” Walker said. “Last year, we were in Louisville, Kentucky; this year, we’re in Little Rock, and next year, we’ll be in Cincinnati. It’s a neat thing.”

Protracted periods of heavy rain could bring instances of flash flooding to Beaufort County during the coming week, according to... read more