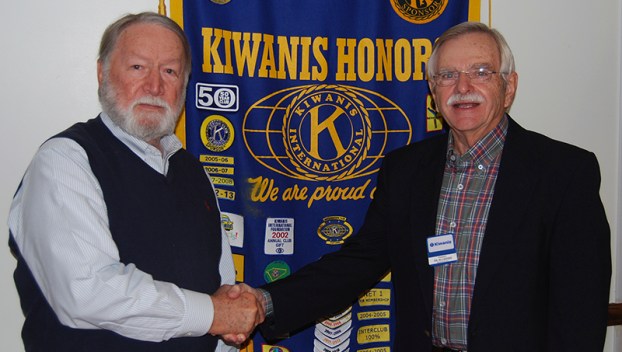 Gil Alligood was installed as president of the Kiwanis Club of Washington by former Carolinas District 17 Lt. Gov. Bobby Roberson at a recent meeting.

Alligood is a retired professional engineer and land surveyor. Gil and his wife live in Washington and have three grown children and six grandchildren. He is a graduate of N.C. State University and received a master’s degree from the University of Pittsburg. Previously, Gil spent more than 10 years as director of public works for the City of Washington. He is a licensed pilot and flight instructor and the author of several novels.

High-school-age Rotaractors from Conceicao dos Alagoas, Brazil, were concerned that too few people were supporting national efforts to recycle. Upon... read more