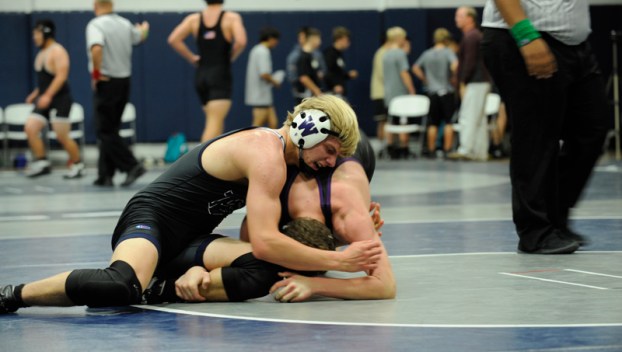 WASHINGTON — Fresh off of winning the Pierce-Davis Memorial Tournament last Saturday for the third year running, the Washington wrestling team headed into Tuesday night’s home tri-meet looking for a good test against Croatan, perhaps the Pam Pack’s biggest threat in the east, as well as Havelock and Corinth Holders.

Unfortunately for Washington, the night didn’t go as smoothly as planned, with the Pam Pack finishing 2-1, while Croatan went undefeated on the night. But Washington head coach Chris Penhollow and the Pam Pack are taking the loss in stride as they prepare for The Beast of The East tournament this weekend.

“I saw some good things, not displeased at all. I don’t like losing to Croatan or anybody, but we’ve just got to learn from it and move on and get ready for when it counts,” Penhollow said. “I told my guys at the beginning of the year that I believe it’s going to come down to us and Croatan out of the east to get to the state championship match. So, it was good to see them, kind of see what they had and you can kind of start figuring out shifts or moves you can make for the next time that you see them when it counts more.”

Led by Henry Jennings, who picked up his 100th career win in the semifinals of the Pierce-Davis Memorial Tournament last Saturday and is still undefeated this season, the Pam Pack began Tuesday’s meet defeating Havelock, 45-23, and then Corinth Holders, 62-18, before falling to Croatan, 43-33.

What impressed Penhollow is how his team handled Corinth Holders, who Washington edged out by a point last season.

“I thought that we stepped up and really took it to them,” Penhollow said. “Their kids tried to bully us, especially the kid at 126, Tristen Nixon. Last year, Tristen would’ve backed into a corner and got pinned against that kid. But he (Nixon) responded, took it to the kid, ended up beating him, 15-7. But that was a good, physical match that I felt like my kid responded well to.”

The Pam Pack won’t have to wait long for a chance at revenge over Croatan. Washington is taking part in the Beast of The East wrestling tournament, a two-day event at Newport Middle School that starts Friday and boasts a strong lineup of teams, including the Cougars.

“It’s a really big tournament that we were fortunate enough to win last year for the first time ever,” Penhollow said. “So, hopefully we can go back and repeat this year.”

WASHINGTON — Having lost 15 swimmers from last season, but with 10 freshmen added to the ranks, the Washington swim... read more