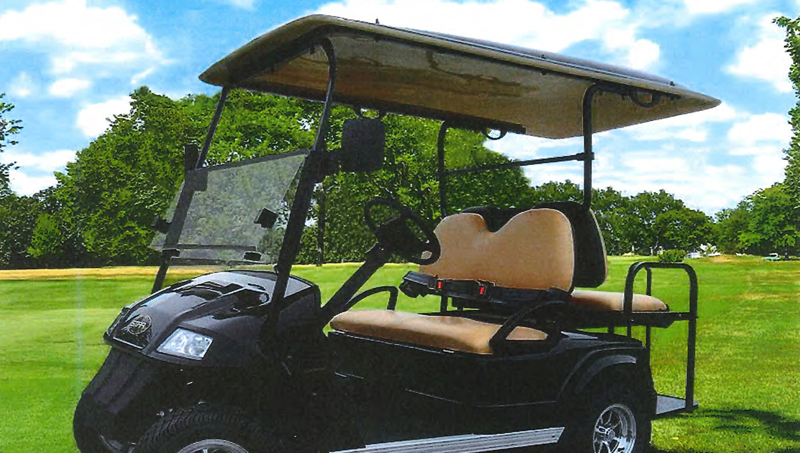 Golf carts will soon be a viable means of travel for Washington residents following a unanimous decision of the Washington City council to adopt an ordinance governing their use on Monday. The ordinance came about through cooperation between the Washington Police Department and the city planning department.

“The concept of regulation actually comes from the state code,” Washington Police and Fire Services Director Stacy Drakeford explained. “The state has put out a law governing golf carts on city streets, and the city has to enact an ordinance to allow that.”

In order to use a golf cart within the city limits, drivers must be 18 years of age or older. Carts must be registered and inspected by the Washington Police Department. Liability insurance is also required for the vehicle and registered carts must be equipped with headlights, tail lights, brake lights, turn signals, seat belts, a parking brake, a rearview mirror and a windshield.

Under North Carolina state law, municipalities are allowed to permit and regulate the use of golf carts on public streets, roads and highways with posted speed limits of 35 miles per hour or less.

A disclaimer included in the ordinance states, “the city neither advocates or endorses the golf cart as a safe means of travel on public streets, roads and highways. The city shall in no way be liable for accidents, injuries or deaths involving or resulting from the operation of a golf cart.”

The ordinance goes on to say that those who choose to operate golf carts on public streets does so at their own risk. ATVs, go-karts and other utility vehicles are not included under the ordinance.

Under the ordinance, all public streets in Washington will be accessible to golf carts with the exception of N.C. Highway 17 Business (Bridge Street and Carolina Avenue), 15th Street, Third Street and Fifth Street/John Small Avenue. Golf carts must be operated in accordance with all traffic laws.

“As long as everybody obeys the traffic laws that are in the North Carolina General Statutes and the city ordinances, there shouldn’t be any issues with golf carts on city streets,” Drakeford said. “We have restricted them to more of the secondary streets instead of our primary roads.”

According to the ordinance, golf carts will be subject to the same parking restrictions as other vehicles, including parking in designated spaces. “The city encourages the use of one parking space for two golf carts,” the ordinance reads.

Under city ordinance, the operator of a golf cart must yield the right of way to traditional motor vehicles and pedestrians.

All traffic laws and penalties that apply to traditional motor vehicles also apply to golf carts, and city-issued permits may be revoked due to violations.

Drakeford said his office should be prepared to handle golf cart inspection and permitting after the first of the year.