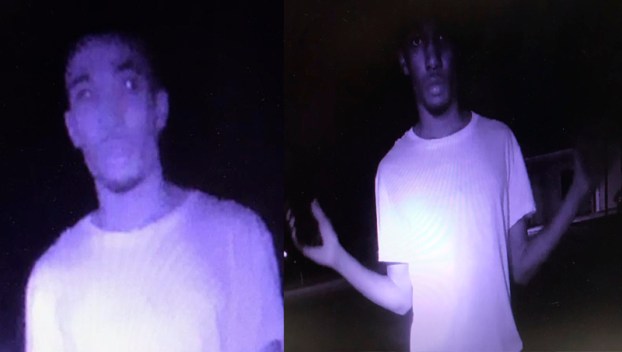 On Sunday night, officers with the Washington Police Department responded to the Waterfront Mini Mart at 1000 Park Dr. for a report of an armed robbery, according to a press release from the WPD.

Surveillance footage captured at the scene shows the suspect dressed in a dark hoodie, blue jeans and black shoes entering the store at approximately 7:20 p.m., brandishing a handgun in the clerk’s direction. 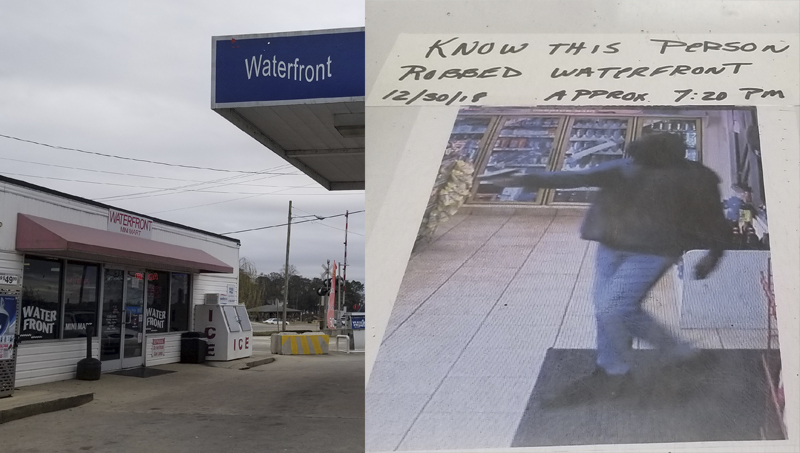 ROBBERY: Surveillance footage from the camera system at the Waterfront Mini Mart show a man entering the front door at approximately 7:20 p.m. with a gun in hand. (Daily News)

As officers responded the area, the release states they observed the suspect fleeing the area on a bicycle traveling north on Hudnell Street. After a brief chase on bicycle and on foot, officers lost sight of the suspect in the area of East Eighth and Aycock streets.

According to the WPD, the suspect is described as a tall, thin, black male, approximately 18 to 20 years old, wearing a dark hoodie and dark jeans with a handgun.

No one was injured during the robbery and no shots were fired. The suspect fled with an undisclosed amount of cash. According to store employees, cash was taken from both the register and the purse of the clerk on duty at the time. The storeowner declined to comment on the incident.

If anyone can identify this individual or has information about this armed robbery, they are encouraged to call the Washington Police Department at 252-946-1444.

Businesses opening, restoration happening across the downtown historic business district — Washington’s renaissance is one of the Top 10 stories... read more