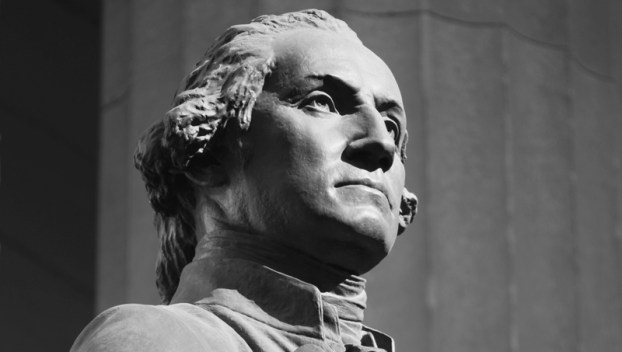 In the words of Washington

In his farewell address to the American people, George Washington warned the people of the blossoming republic about dangers arising from partisan politics. Though written more than two centuries ago, these words ring out as particularly relevant in today’s political climate, amidst a partisan government shutdown where blame is in higher supply than solutions. Let’s take a look back at Washington’s words and consider how they might apply today.

“The alternate domination of one faction over another, sharpened by the spirit of revenge, natural to party dissension, which in different ages and countries has perpetrated the most horrid enormities, is itself a frightful despotism. But this leads at length to a more formal and permanent despotism. The disorders and miseries, which result, gradually incline the minds of men to seek security and repose in the absolute power of an individual; and sooner or later the chief of some prevailing faction, more able or more fortunate than his competitors, turns this disposition to the purposes of his own elevation, on the ruins of Public Liberty.”

Back and forth the political pendulum swings, deepening the divide between with each motion. Look back at the past 30 years of American politics. From George H.W. Bush to Donald Trump, it goes R, D, R, D, R. One party gains too much power, the people see a need for change and go the other way, getting angrier and uglier each time. When the system fails completely due to this partisan rancor, we open ourselves up to tyranny.

“One of the expedients of party to acquire influence, within particular districts, is to misrepresent the opinions and aims of other districts. You cannot shield yourselves too much against the jealousies and heart-burnings, which spring from these misrepresentations; they tend to render alien to each other those, who ought to be bound together by fraternal affection.”

Substitute the word districts for constituents. How many times have you heard a politician demonize half the country by making blanket statements about those who subscribe to different ideologies? Democrats want to do this, Republicans want to do that. If you believe one side or the other, half of the country’s population are demons disguised as humans, each with some nefarious plot to destroy America. Where’s the fraternal affection in this day and age?

“It agitates the Community with ill-founded jealousies and false alarms; kindles the animosity of one part against another, foments occasionally riot and insurrection. It opens the door to foreign influence and corruption, which find a facilitated access to the government itself through the channels of party passions. Thus the policy and the will of one country are subjected to the policy and will of another.”

When we can’t work together as Americans, and when we see neighbor turning against neighbor because of partisan politics, the only ones who win are those who would see America brought low and destroyed. Our divisions, so contrary to the very name the United States of America, only make us weaker as a people.

Whatever your political beliefs, as a country, we need to take a big step back from partisan politics. It’s a poison that is slowly killing America, and we can’t even taste it.

If George Washington could see what the city of his namesake has become, would he weep? Would he fly into a rage? It’s a shame we’ve ignored his sensible advice, and now our society is paying the price.

Public invited to swearing in ceremony

The public is invited to attend the official Swearing-In ceremony of Keith Kidwell as the Representative to the North Carolina... read more