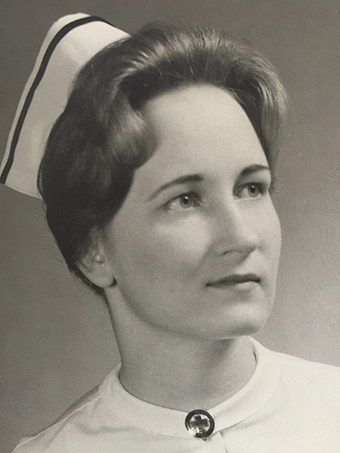 Carol Gordon Cox, of Blounts Creek, passed away Saturday, Jan. 12, 2019, the result of lingering complications from a debilitating stroke in 2013. She was 77 years old and a resident of the River Trace Nursing Home in Washington for the past year.

Carol was a Professor Emeritus at the East Carolina University School of Nursing and taught at ECU since 1977. She taught public health nursing and developed programs to prepare nurses to work in elementary and high school settings.

She is a native of Worcester, Massachusetts, and is the daughter of the late Albert A. and Margaret Gordon of Worcester.

Surviving is daughter Margaret Cox and her partner, Donnell Austin, of Durham, and four grandchildren. They are granddaughters Greta West and Leah Austin and grandsons Aidan West and Daniel Austin also of Durham.

Her sister is Marcia Howlett of Hubbardston, Massachusetts.

Her professional accomplishments include numerous publications and grants for teaching and research. Of special interest was the preparation of courses and training for school nurses. In 2000, she received the Friend of School Nursing Award from the NC School Nurses Association and in 1999 was a delegate at a conference in Japan that focused on Osaka and Hiroshima Universities and elementary schools.

In 2002, she was awarded membership in the Order of the Long Leaf Pine. The award is one of the highest honors bestowed by the Governor of North Carolina.

A memorial service is being planned for a later date.