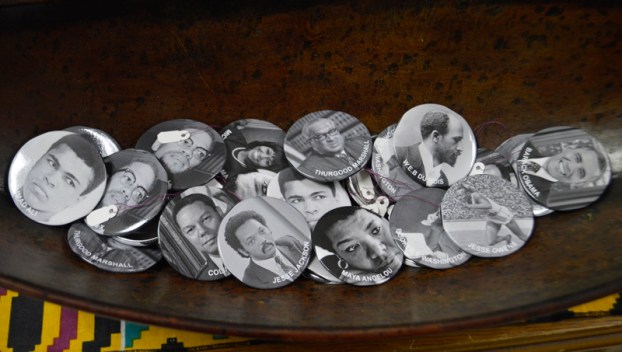 From end to end, this place is rich with history. From historic structures and artifacts to family histories that stretch back centuries, the cultural fabric of Beaufort County is saturated in the past.

Without the contributions of black leaders and community members over the years, that history would be considerably diminished. This month, in Beaufort County and throughout the United States, communities will take time to reflect on these contributions during Black History Month.

The idea of placing an emphasis on black history goes back more than 90 years, and began with a push from historian Carter G. Woodson and the Association for the Study of Negro Life and History to coordinate the teaching of America’s black history in public schools. North Carolina was among the first states to get on board with the effort.

In 1976, during America’s Bicentennial, President Gerald Ford recognized Black History Month, urging Americans to “seize the opportunity to honor the too-often neglected accomplishments of black Americans in Every area of endeavor throughout our history.”

In a piece written to celebrate Black History Month in 2013, local historian Leesa Jones, founder of the Washington Waterfront Underground Railroad Museum, wrote a column on notable African Americans from Washington and the surrounding area.

“They were from Washington, N.C. or had spent time in Washington before securing themselves, and us, places in local, state, national or international history,” Jones wrote at the time.

Maybe you remember doing a project for black history month in grade school — a book report on famous black Americans like Harriet Tubman, George Washington Carver or Booker T. Washington, who, incidentally, visited Washington and spoke to a crowded hall in the early 1900s.

This month, take the time to add a few local names to that list — people like Hull Anderson, Sarah Keys, Stewart Ellison and so many others who have helped make Beaufort County what it is today.

To read Jones’ full column on notable black figures from Washington, visit www.thewashingtondailynews.com and search “Washington rich in African-American history.” Jones also makes regular posts and facilitates discussion of history on her Facebook pages “The African American History of Beaufort County NC” and “I’m From Washington NC and nobody told me about this!”