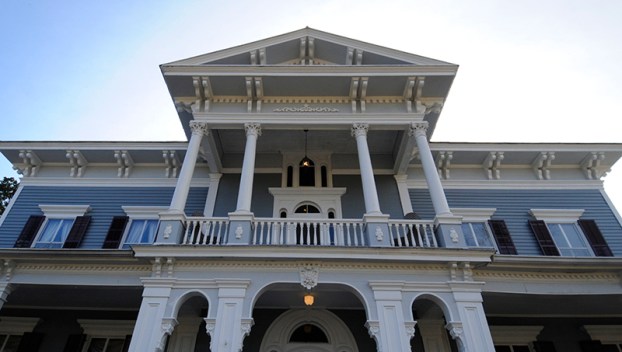 GRANDE DAME: Elmwood 1820, long a landmark on Washington’s West Main Street and now a popular bed and breakfast, celebrates its 200th anniversary in 2020. Current owners and innkeepers Richard Smoot and John Butler are seeking stories, photographs and other items to document the home’s history for the anniversary and for future generations. (Vail Stewart Rumley/Daily News)

One of Washington’s landmarks is turning 200, and its owners are seeking stories, artifacts and more to help them celebrate the anniversary

Elmwood 1820 was a private residence for most of those two centuries. Today, the West Main Street home is better known as Elmwood 1820, a bed and breakfast with as much charm and grace as any southern grande dame. To celebrate her history, Elmwood 1820 co-owners and innkeepers John Butler and Richard Smoot are now on a mission to find her stories. 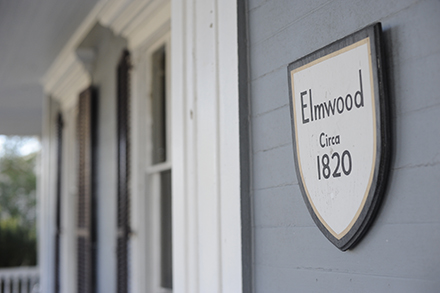 TWO CENTURIES: Elmwood 1820 has changed little in the past 100 years, however, the first 100 saw the stately home’s exterior renovated in Italianate style, in addition to it being moved from its original location facing east to its current location facing north on West Main Street.

“Two hundred years is a long time for anything, but especially for a house — what better time than now in our 200 year history to really document that history,” Butler said. “My goal is to produce a coffee table book. In that book, I want to tell people’s stories about the house, about Washington, about the house in Washington.”

To that end, they’re looking for the tangible, such as photographs or other items that came from the house, as well as the more abstract, such as memories of the house, stories told of the people in and out of Elmwood through the centuries.

There is plenty of Elmwood history to collect. Already, Butler is gathering stories: when the premiere of the 1958 film “Lafayette Escadrille” was held at the Turnage Theatre, Elmwood was the location of a tea party hosted for all the Hollywood actors. A neighbor has turned up pieces of wedding silver owned by Mary Elizabeth Grist Tayloe, daughter of one of the earliest owners James Reading Grist, who took an already magnificent Greek Revival home and added its  Italianate details. A stack of postcards sent from locations across the world to former Elmwood owner Marcia Myers Knott was found in a black cardboard box stamped “Carter’s,” once a mainstay in ladies’ shopping in downtown Washington.

“I’m hoping that people will bring their stories forward: their stories, their artifacts, their pictures,” Butler said. “We’ve got a whole generation that’s aging out, and once it’s gone, it’s gone. I’m not really interested in hard-fact checking — anecdotal stories are stories. Memories and stories go hand in hand. Everybody always has a story, and from a tourism standpoint, I feel like the house in many ways is similar to the people in Washington: eclectic, detailed, welcoming, with lots of stories to tell, lots of memories to share — very much an open door.” 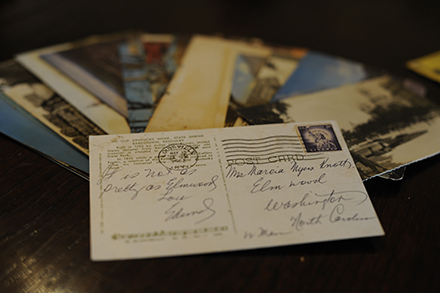 PIECES OF THE PAST: Marcia Myers Knott owned Elmwood before Dr. Frank and Alice Stallings bought the house in the 1960s. Her collection of postcards sent to her from across the world conveyed with the house when the Stallings sold it to John Butler and Richard Smoot in 2015.

While Butler has tracked down photos of the house taken in 1884, when Elmwood faced east on what is now West Main Street, and photos after the home was moved in the early 1900s, he said he’d really love to find a photo of Elmwood in the process of being moved.

“Guests ask all the time: ‘The house was moved?’ Then they’re like, ‘Well, do you have any pictures of that?’ Well, I don’t, but photography existed then — wouldn’t it be killer if that photo was found?” Butler asked.

Butler said he’s hoping people will come forward with Elmwood memorabilia. He’s not asking for donations of such; he said he simply wants to document it for Elmwood’s 200-year celebration. Stewardship, after all, is not only about caring for a physical house — it’s about caring for its history, as well.

“People have been guests in this house for centuries,” Butler said. 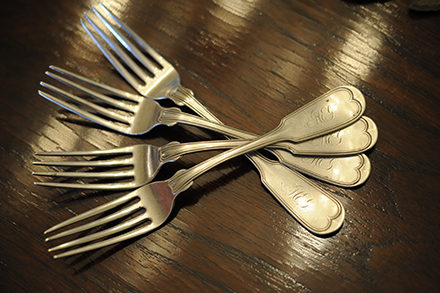 And each one has left with a memory — of a stay, an event — which Smoot and Butler hope will be available to share with Elmwood owners 200 years from now.

“We hope to sustain her beauty and appeal as others have done. No matter how many times you come to an event here, we hope you’ll see and experience something different and new with each visit. Although I live here and see her at night all the time, I’m still struck by how beautiful she is,” Smoot said.  “She definitely has a personality and character that has found its way into many many peoples’ stories. She’s a living, changing, vibrant, and exciting blend of styles — evolving with the times. She may be 200 years old, but she’s still got some surprises for you.”

If you have stories, photos, or artifacts to contribute to Elmwood’s 200-year history please email reservations@elmwood1820.com, call 252-623-1466, or message John or Richard on Facebook as soon as possible. They hope to compile materials by the end of June and go to press on a comprehensive coffee table book in time for Christmas. 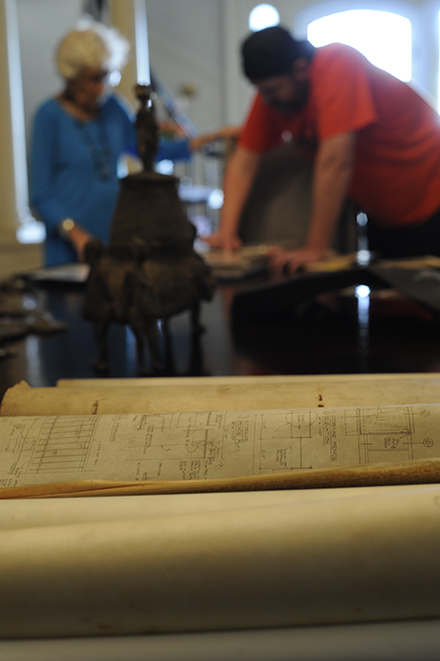 IN THE PLANS: Dr. Frank and Alice Stallings’ architectural drawings of Elmwood stayed with the house. In the background, John Butler talks to neighbor Sadie Fowle about Elmwood history.

He works with hatchets, spokeshaves and knives. Jerry Talton is an artist. For about 16 years, Talton has been carving... read more