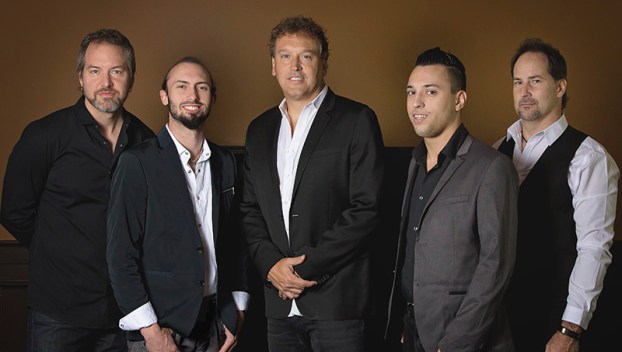 LIVE ON STAGE: Savannah Jack will take the Turnage Theatre stage on Tuesday night. The band, fronted by Don Gatlin (center), plays a wide variety of genres in a show that invites audience participation.

Savannah Jack is back.

Headlined by Gatlin Brothers cousin Don Gatlin, the high-energy band is slated for a repeat performance at Arts of the Pamlico’s Turnage Theatre on Tuesday night.

Their last visit to Washington was three years ago, a concert that had the audience immediately asking for a return, according to Beaufort County Concert Association President Alma Friedman.

“A lot of people are really excited they’re coming back again,” Friedman said.

Savannah Jack has been the preferred opening act for the legendary Kenny Rogers, having performed onstage with him in excess of 66 times including a 21-city tour of England, Scotland and Ireland in the spring of 2009, the band’s bio reads. Friedman said that translates to a high-energy show, that covers decades of music of all genres.

“He gets out and dances with the people and carries on — (Don Gatlin) is absolutely hilarious. He really interacts with people, and our groups really like that,” Friedman said. “They’re really upbeat, and they sing all kinds of music.”

Savannah Jack’s show is one of five concerts offered by the Beaufort County Concert Association, which has been bringing live performances to Washington for the past 42 years. Acts range from classical concerts to comedy, rock ‘n’ roll to country. With membership comes a reciprocal concert series offered by Crave Concerts, Inc. for its lineup of performances, at no additional cost, according to the BCCA website. Last year, BCCA officially switched venues from the Performing Arts Center at Washington High School to the historic Turnage Theatre in downtown Washington, where there are plenty of options for dining before concerts, Friedman said.

Savannah Jack’s performance starts at 7:30 p.m. Tuesday; doors open earlier. Individual tickets are for sale for $40; however, a $100 BCCA membership will get concertgoers tickets to Savannah Jack, as well as the remaining two acts of the BCCA concert season, including a performance by renowned tenor Ronan Tynan.

A Washington athlete will soon be making an appearance on the world stage to represent the United States in global... read more