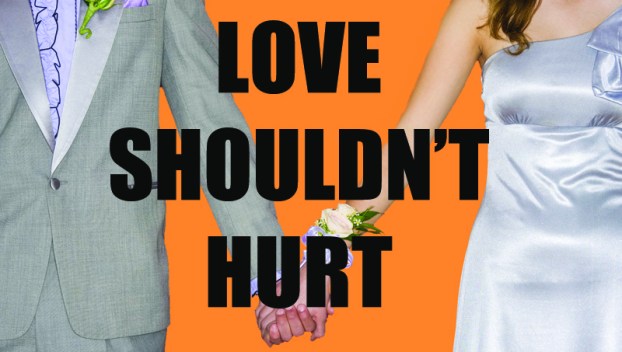 It’s a problem we don’t always talk about, but teen dating violence is happening every day. Throughout the month of February, Ruth’s House is working to raise awareness of a problem encountered by many teenagers when first exploring dating. It’s part of a nationwide campaign during Teen Dating Violence Awareness Month.

“Before kids are even entering the dating world, this is something they need to learn about,” Ruth’s House Client Services Coordinator Jaclyn Cullipher said. “Talking to teens and young adults about healthy relationships is key in ending dating violence, and we all can play a role, whether you are a parent, school official, youth minister, family or just a friend.”

According to statistics from BreaktheCycle.org, a national organization devoted to helping teens and young adults develop healthy relationships, one in three high school students experiences physical, emotional or verbal abuse from someone they are dating, and nearly 1.5 million high school students experience physical abuse in a single year. While Cullipher says these numbers are not necessarily reflective of Beaufort County, instances of domestic/sexual violence tend to be under-reported as a whole.

On Tuesday, the organization is asking supporters throughout Beaufort County to wear orange to help raise awareness of teen dating violence during Orange4Love Day.

“We ask that you snap a picture of your Orange4Love look and share with us on Facebook using #Orange4Love,” Cullipher said.

“We would love to help you host an education or prevention event, hang up posters about dating abuse and talk with you about our services and other resources available in our area,” Cullipher said.

According to www.teendvmonth.org, the following can be red flags in a relationship. If your partner frequently engages in these behaviors, it is wise to speak to someone with whom you feel comfortable.

Savannah Jack is back. Headlined by Gatlin Brothers cousin Don Gatlin, the high-energy band is slated for a repeat performance... read more