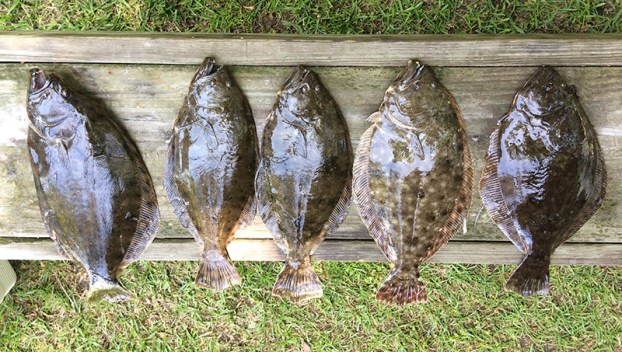 Commercial, recreational flounder seasons could be in place by fall

The North Carolina Department of Marine Fisheries is moving forward with a plan that will limit southern flounder fishing for both recreational and commercial fishermen.

Last year, a study found that the southern flounder is overfished, the population is too small and the removal rate from North Carolina waters too high, according to a press release from NCDMF. The regional stock assessment included partners from South Carolina, Georgia and Florida.

North Carolina, along with other southeastern states, is now considering management measures to “To achieve sustainable harvest in the southern flounder fishery to end overfishing by 2021 and rebuild the spawning stock by 2028.”

A draft of potential management plans divides the state up into three management areas: Northern, Central and Southern, with Beaufort County’s waterways falling into the Central area.

When fishermen can catch and keep southern flounder is also under review. The NCDMF recommends an Aug. 16 – Sept. 30 season for recreational hook-and-line and gig fishing. For commercial fishermen in the Central area, a season of Sept. 15 through Oct. 11 is proposed, according to the Southern Flounder Fishery Management Plan Draft Amendment 2 released last week by the Southern Flounder Advisory Committee. Other managements proposals include a narrow window for recreational commercial gear license large mesh gill nets to be in the water — from Sept. 15-30 — and removal of all commercial and RCGL nets and gigs in “areas outside of prescribed seasons where southern flounder discards are likely to occur.”

In 2017, total recreational hook-and-line harvest of southern flounder was 488,723 pounds. A 72-percent reduction would put the total allowable harvest at 136,843 pounds. Total harvest for recreational gig fishing was 57,019 pounds, which the proposed amendment states should be reduced by 84 percent, or 9,110 pounds. Also in 2017, total allowable removals for the commercial fishery were 1,399,0124 pounds of southern flounder; a 72-percent reduction would shrink the allowable removals to 391,726 pounds, according to the Amendment 2 draft.

The advisory committee will meet March 6 at 6 p.m. at the N.C. Department of Environmental Quality’s Washington regional office to continue to develop, discuss and possibly vote on the management measures in the Amendment 2 draft, according to the press release. In May, recommendations will be handed over to the Marine Fisheries Commission; from there, they will be put forward for public comment. The draft measures could be adopted in August and implemented this fall.

A grassroots movement is gaining ground in Washington. At 11 a.m. Friday, a live oak will find its new home... read more