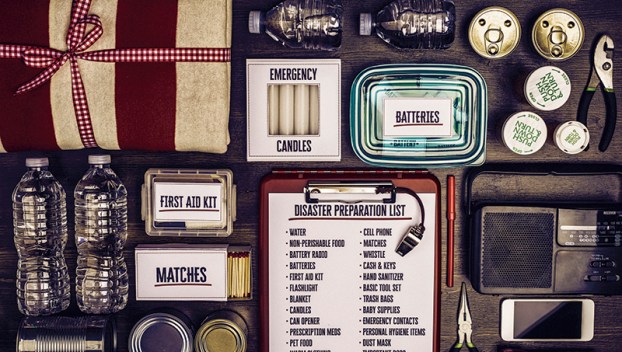 Sunday, a tornado ripped through Alabama, killing 23 people. In April 2014, Beaufort County got off lightly when an F3 tornado left a path of destruction from Chocowinity to Plymouth — there was plenty of damage but no deaths.

This week is Severe Weather Preparedness Week, and Gov. Roy Cooper is urging North Carolinians to make emergency plans before an emergency happens.

“Typically March and April is normally when we see those pop-up tornadoes, the severe afternoon thunderstorms. That’s typically what we see,” said Chris Newkirk, chief of fire/emergency management for Beaufort County. “From a response side, it’s actually harder because you don’t have much time to plan, unlike the four days you have when a hurricane is coming.”

Spring is North Carolina’s most active time of the year for severe thunderstorms and tornadoes: in 2018 the National Weather Service issued 104 tornado warnings and recorded 20 tornado touchdowns in the state, along with 605 severe thunderstorm warnings, 137 of those recorded with damaging winds, according to a press release from the governor’s office. These types of storms often come with little warning, which is why officials are urging residents to create an emergency plan now.

“The biggest thing — when we’re talking about tornadoes — is notification,” Newkirk said.

Newkirk urged county residents to sign up for Hyper Reach, a program that sends warnings directly from the National Weather Service to participants via text, email or phone call. The link to Hyper Reach registration is located on the home page of the Beaufort County Government’s website. Another device Newkirk suggested is the American Red Cross app.

“That one has worked very well in the past,” Newkirk said.

While schools and government buildings statewide will be holding tornado drills this week, and test messages will be broadcast on National Oceanic and Atmospheric Administration weather radios and the Emergency Alert System, Newkirk said now is also a good time to review homeowners’ policies to ensure adequate coverage before the onset of hurricane season.

Throughout the week, Beaufort County Emergency Services will be sharing on its Facebook page information about Severe Weather Preparedness Week released by the state office of Emergency Management.